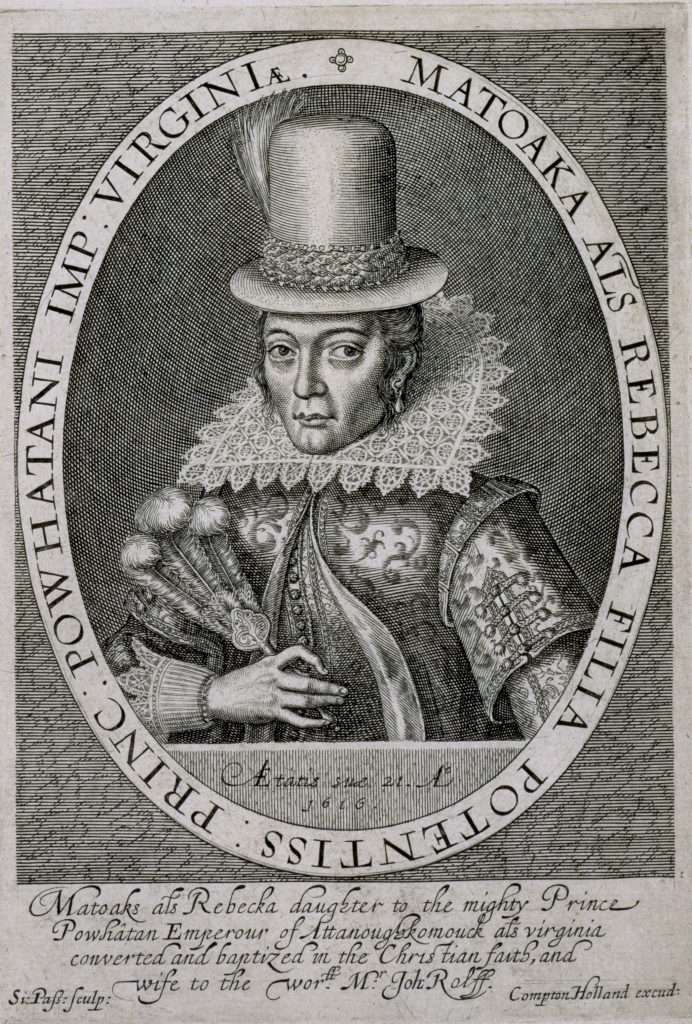 This 1616 engraved portrait of the Virginia Indian Pocahontas is the only known image of her from life. Simon van de Passe, who made the engraving, was a Dutch artist working in London when Pocahontas arrived in England with her husband, John Rolfe. While in London, Pocahontas was lodged and clothed at the expense of the Virginia Company of London, the joint-stock corporation dedicated to the settlement of Virginia. This engraving was made as part of a fundraising effort by the company. The young Indian woman is portrayed in elite European fashion: she wears a Jacobean-era, high-necked dress (covering any tattoos she might have had), and in her right hand she holds ostrich plumes, a symbol of royalty. The inscription around the image includes the names Matoaka, the secret personal name given to Pocahontas in infancy, and Rebecca, the Christian name she later adopted.

This engraving was published in Bazilioologia: A Booke of Kings (1618), a collection of portraits of British monarchs and notables, attesting to the prestige accorded Pocahontas in England.