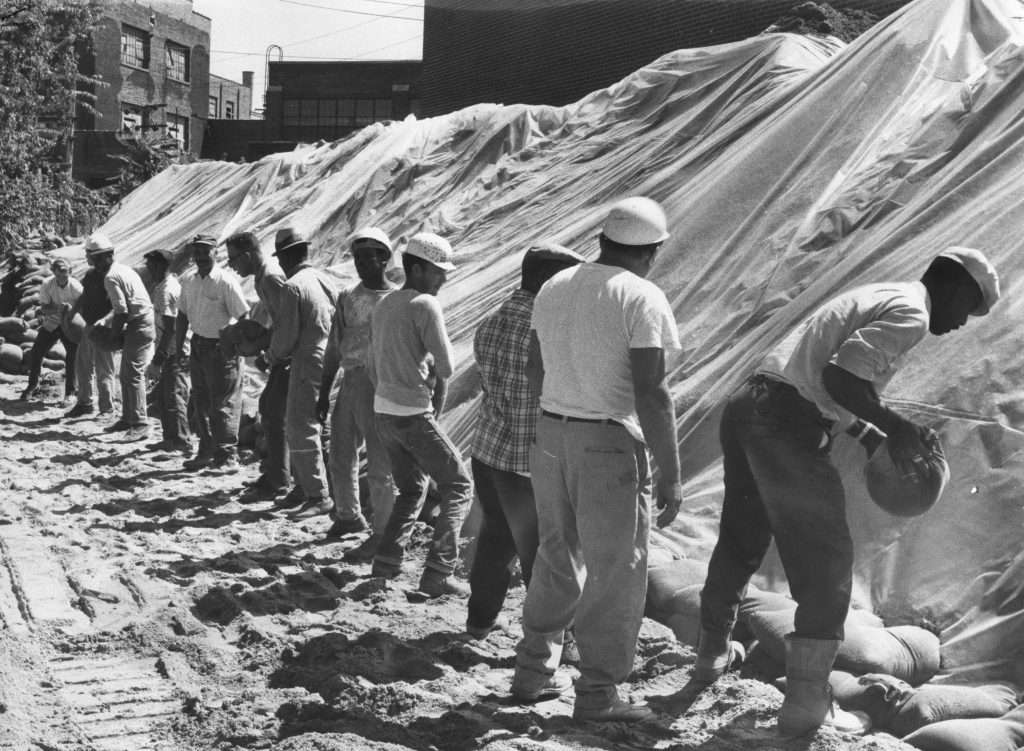 In this photograph, Richmond workmen install sandbags to protect the 14th Street Bridge VEPCO power station from flooding related to Hurricane Camille (1969). The inland destruction caused by Camille resulted in a rethinking of the planning for natural disasters. Until that time coastal communities were presumed to be at the greatest risk from hurricanes; Camille proved otherwise and prompted the U.S. Congress to pass the Disaster Relief Act of 1969. Hurricane Camille, along with other massive disasters of the 1960s and 1970s, including hurricanes Carla (1962), Betsy (1965), and Agnes (1972), led to U.S. president Jimmy Carter's 1979 Executive Order 12127 that merged various separate disaster-related organizations into the Federal Emergency Management Agency (FEMA).