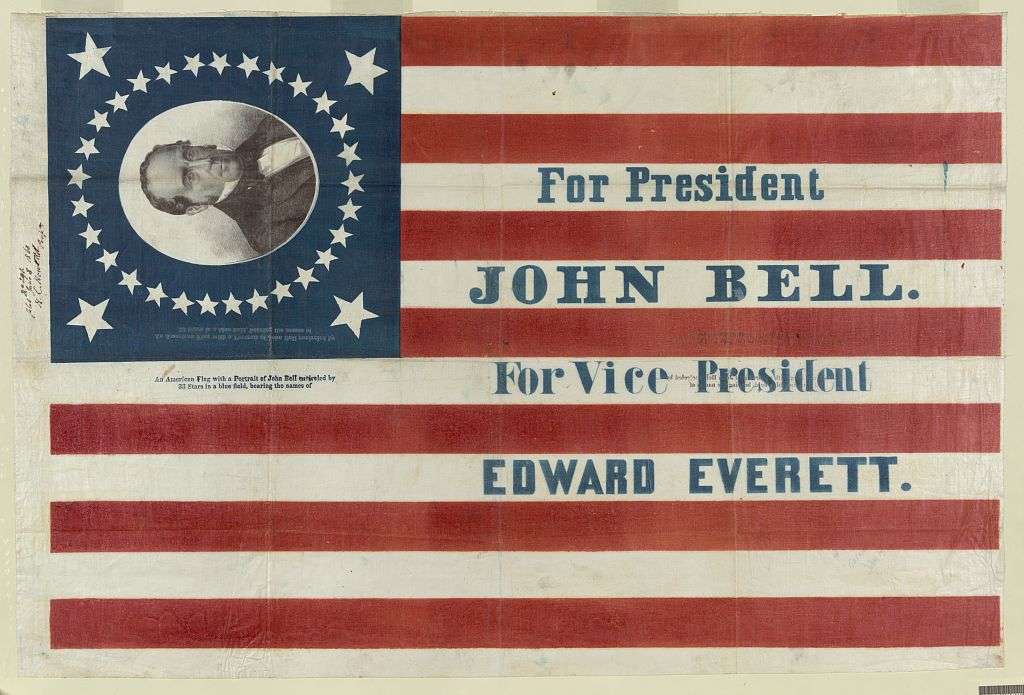 A campaign banner for the Constitutional Union Party's 1860 presidential candidate, John Bell, a former U.S. senator from Tennessee, and his running mate, Edward Everett, an orator and politician from Massachusetts, is presented in the form of an American flag. The Constitutional Union Party, founded in 1860, was dominated by conservative former Whigs who were determined to avoid secession. As its name suggests, the party's primary concern was the preservation of the Union. The party held its nominating convention in Baltimore on May 9, 1860, and adopted a platform that ignored the slavery question altogether; instead, it emphasized "the Constitution, the Union, and the Laws." The Republican presidential slate of Abraham Lincoln and Hannibal Hamlin won the general election.