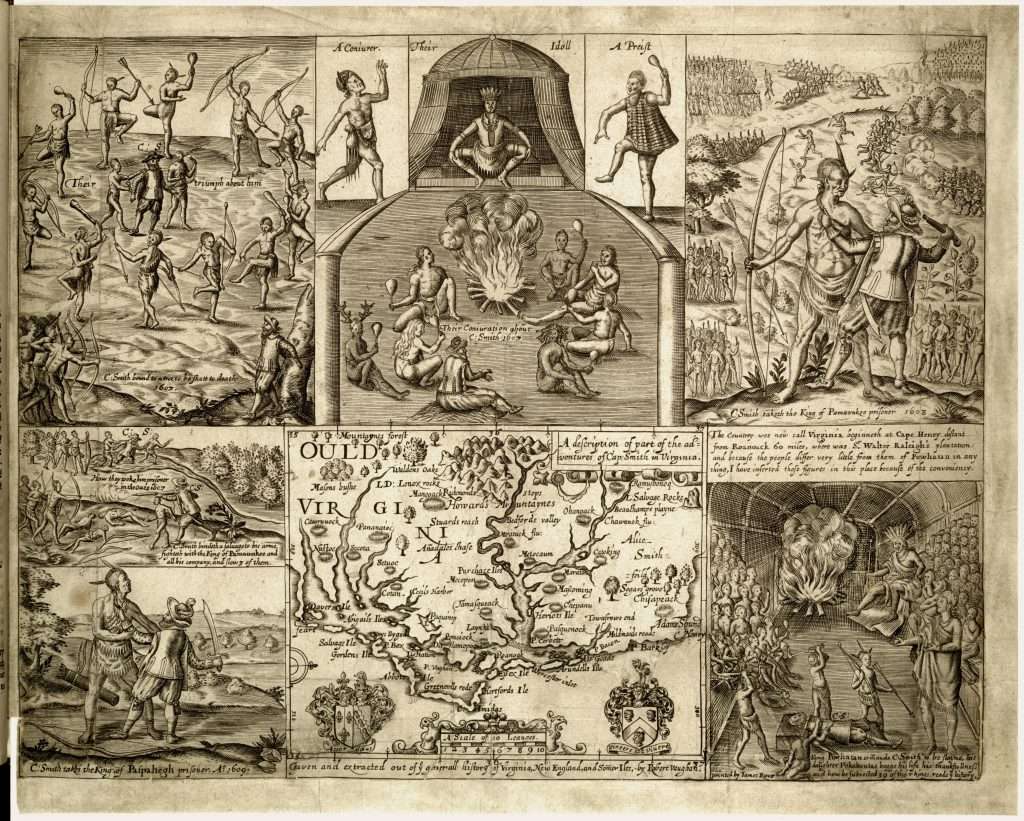 An illustrated page in John Smith's The Generall Historie of Virginia, New-England, and the Summer Isles (1624) features engravings depicting "part of the adventures of Cap. Smith in Virginia." Included are heroic episodes in which John Smith takes the Paspahegh "king" prisoner in 1609, overpowers the Pamunkey leader Opechancanough in 1608 (the event actually took place in January 1609), and, in 1607, kills three warriors before himself being taken prisoner. In this famous episode, Smith was brought before the paramount chief, Powhatan, and would have been executed were it not for the pleading of the chief's daughter Pocahontas. (Scholars largely discount Smith's version of these particular events.) Many of the Indian scenes and figures in the engravings were based on earlier engravings by Theodor de Bry, which in turn were based on paintings by John White, an expedition artist for the first Roanoke colony.