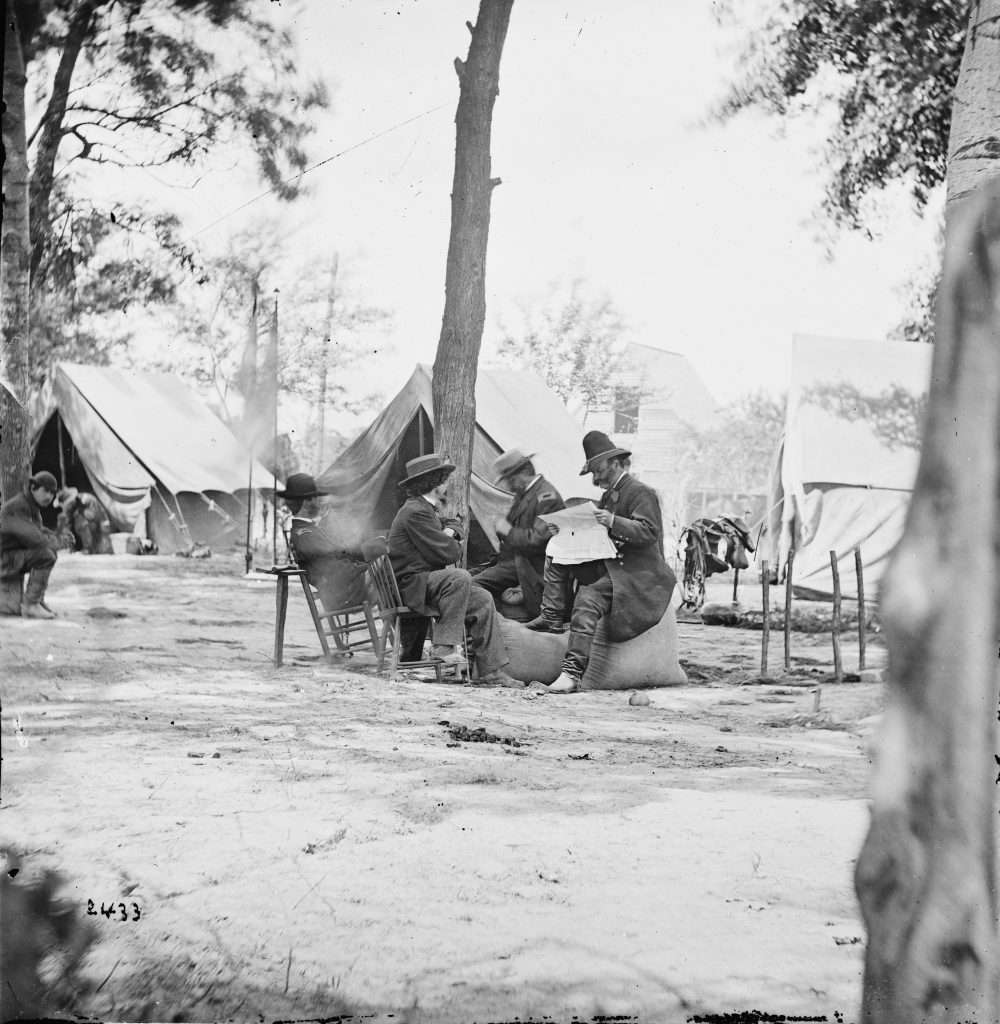 Seated on a sack of oats and sporting his signature sideburns, Union general Ambrose Burnside reads the front page of the Daily Morning Chronicle, a Washington, D.C. newspaper, in June 1864. The scene took place at Burnside's Ninth Corps headquarters in Cold Harbor, Virginia, and was captured by a photographer who worked for Mathew Brady's renowned photographic studio. (Brady himself can be seen here with his arms folded, seated across from Burnside.)

A few days later General Ulysses S. Grant sent Burnside and his Ninth Corps to join in the ongoing campaign against Petersburg. In an attempt to break the siege warfare that was mired in stalemate, Pennsylvania miners under Burnside's command dug a long tunnel under enemy lines, packed its terminus with explosives, and then on the morning of July 30, 1864, blew it up. In the words of a Maine soldier, the sky was filled with "earth, stones, timbers, arms, legs, guns unlimbered and bodies unlimbed."

In the ensuing attack Burnside's men got trapped in the deep hole created by the explosion, the so-called "Crater," and became easy targets for Confederate soldiers. After the battle, Burnside was forced to take a leave of absence and was never recalled to the army.