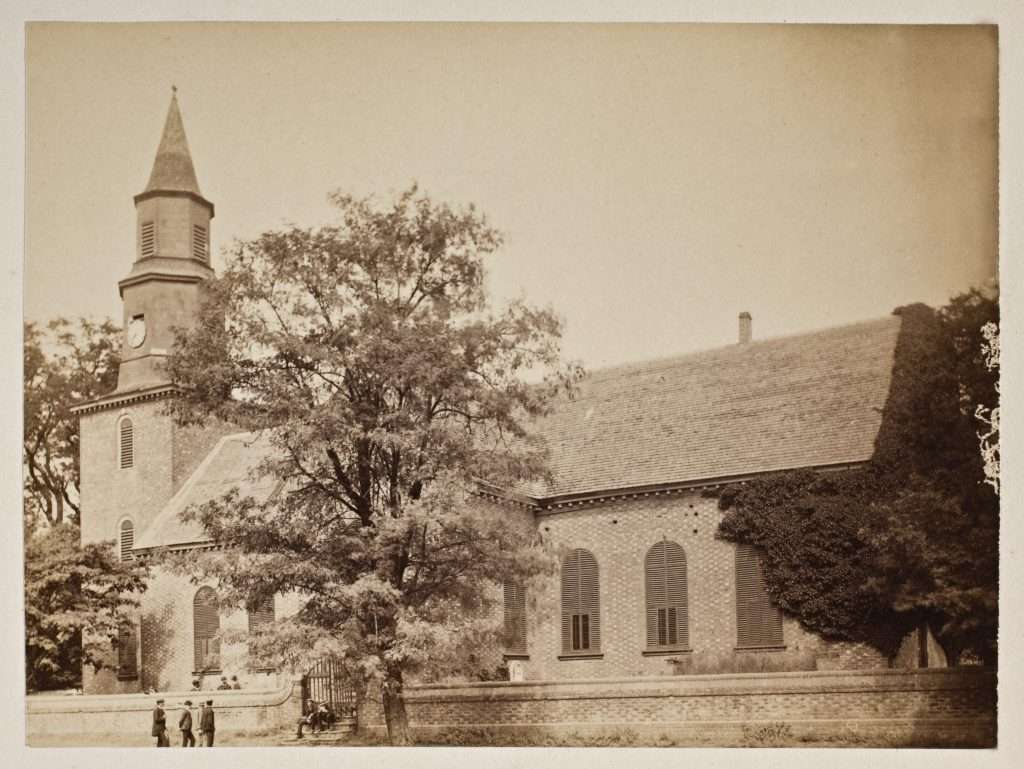 An albumen photograph shows Bruton Parish Church in Williamsburg as it appeared in the early 1900s. Bruton Parish was formed in 1674; its first church was probably a wooden structure built in 1660 and perhaps located on a different site. The oldest portion of the brick church shown here dates back to 1715, the third in a series of houses of worship used by the Anglican Church congregation. (The General Assembly had approved the construction of the new, larger church in 1710, and allocated the funds for it from taxes on liquor and slaves.) Though remodeled over the years, the church has been restored as close as possible to its original eighteenth-century form. Thomas Jefferson, George Washington, Richard Henry Lee, George Wythe, Patrick Henry, and George Mason were among those who attended services at Bruton Parish Church.