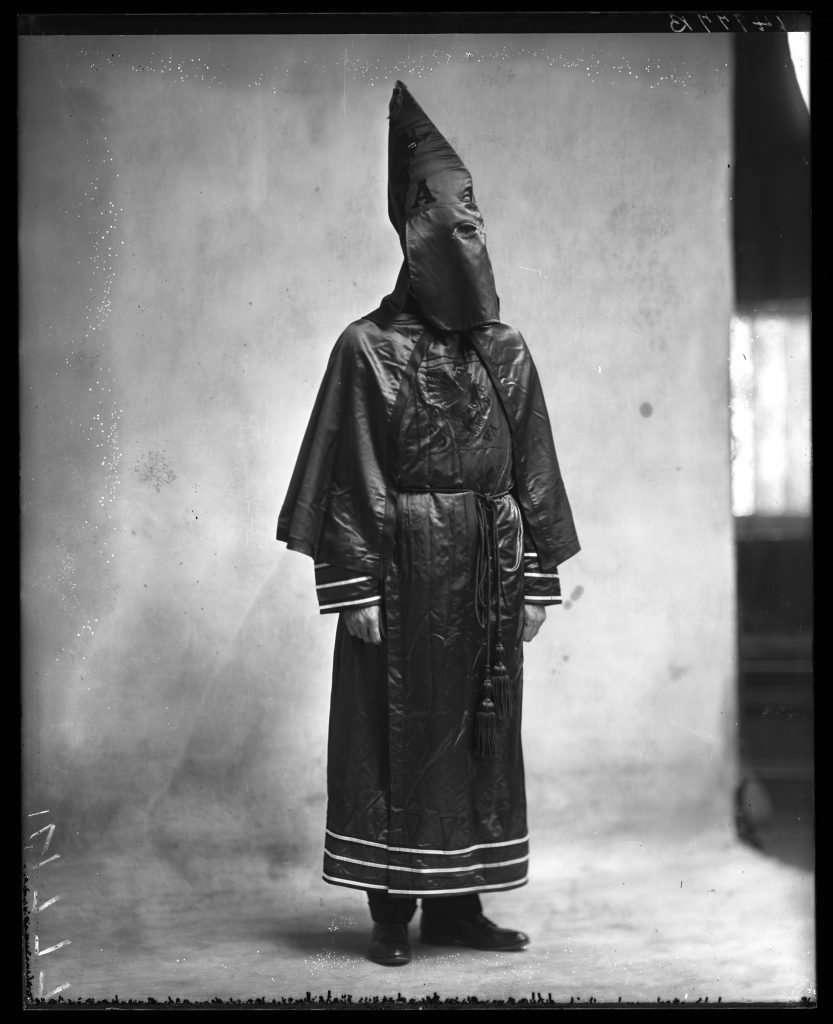 W. Clyde Maddox, a bookkeeper and a member of the Ku Klux Klan, poses in his official regalia in 1921. KKK members usually wore white gowns—symbols of "purity" and the "righteousness of Christ and Christianity to the Klansman," according to historian Chester L. Quarles—but as the Klan grew larger, leaders of the group began wearing robes of different colors. Maddox, shown here in a dark robe, held the position of First Exalted Cyclops in Richmond Klan No. 1. In 1922 a faction of this group seceded from the national organization and reconstituted itself as the Anglo-Saxon Club No. 1. Maddox became president of the Richmond branch of the Anglo-Saxon Club. This glass-plate image was made by Walter Washington Foster, who ran the premier photographic studio in the city.