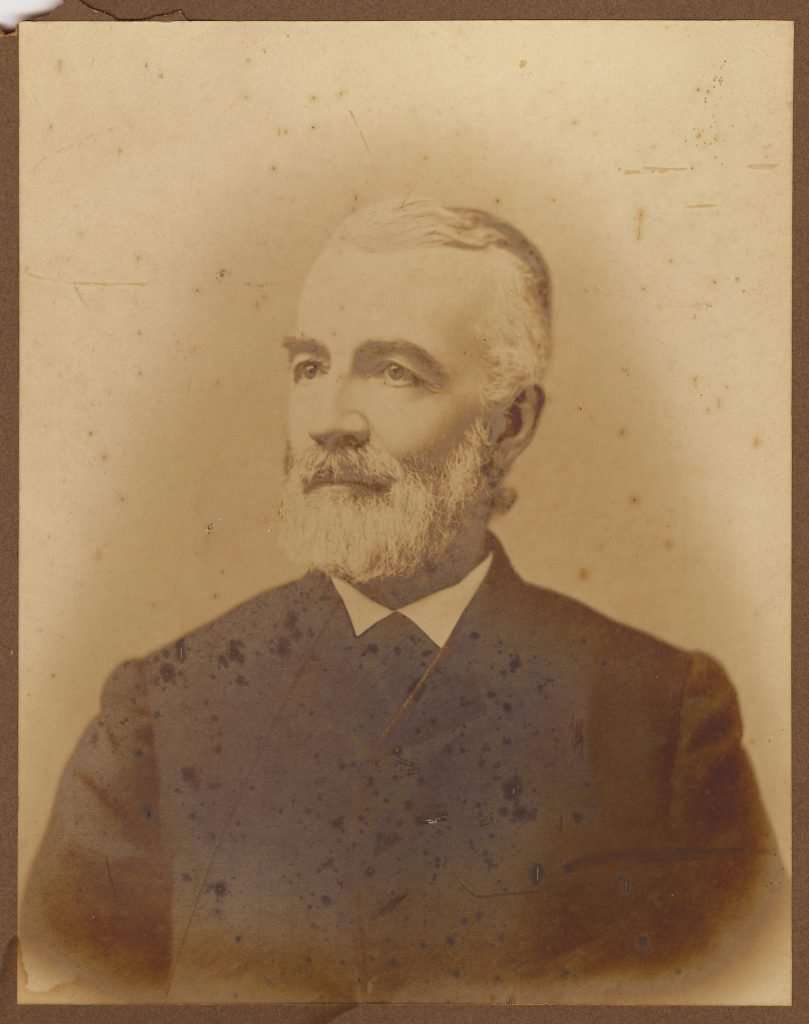 Thomas F. Goode is the subject of this late-nineteenth-century photographic portrait. Goode studied law under Edward R. Chambers of Boydton, and married Chambers's daughter Rosa in 1861. From 1856 until the outbreak of the Civil War Goode served as commonwealth attorney. After the war he returned to a legal career and politics, but gave up the law in 1875 due to ill health. Goode subsequently developed a business bottling water from the lithium springs at Buffalo Springs. His 1891 advertisement for the lithia water claimed it was "Nature's Remedy for Bright's Disease, Gout, Rheumatic Gout, Gouty Dyspepsia, Rheumatism, and all Diseases of Uric Acid Daithesis."