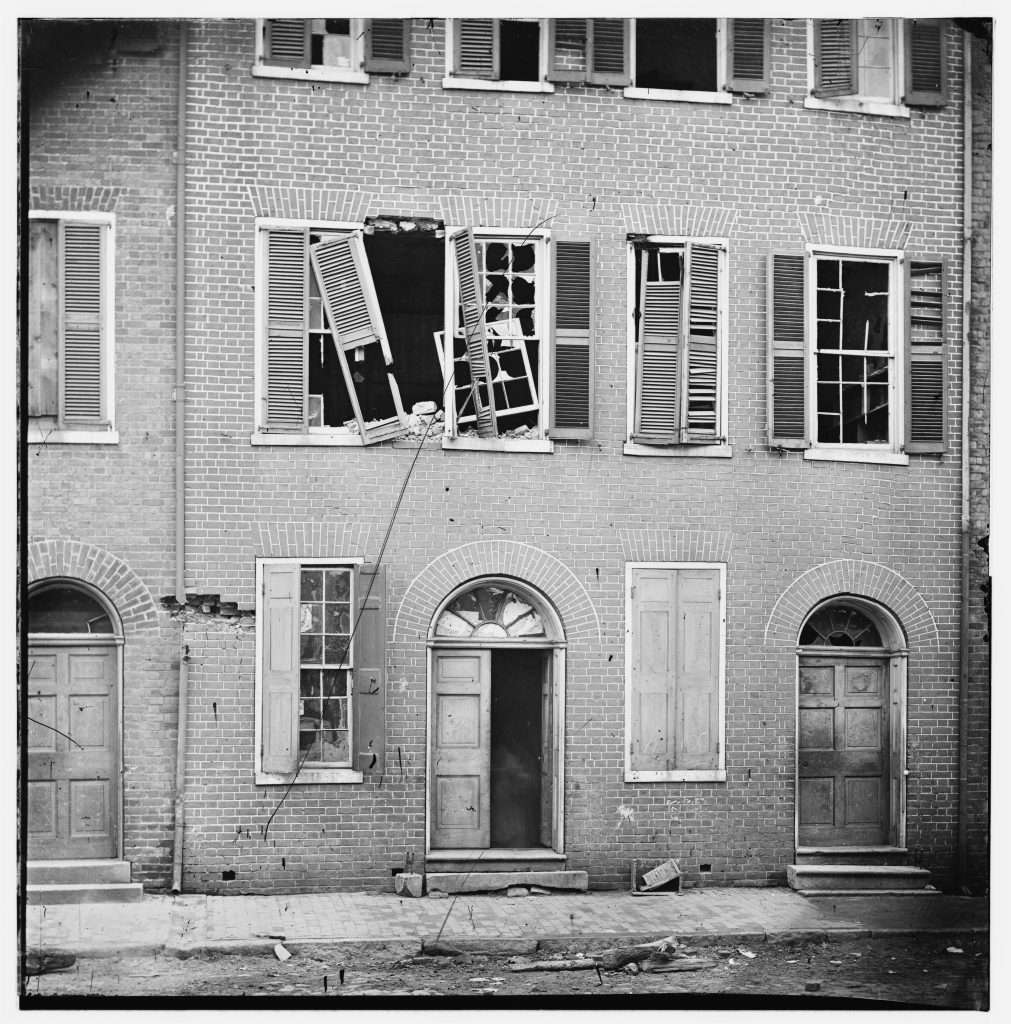 Broken windows, shattered shutters, and damaged brickwork bear witness to the destruction wreaked on Petersburg during the siege that began in June 1864. More than six hundred structures were destroyed or damaged, with the eastern part of the city bearing the brunt of the assault. Civilian casualties, however, were low since much of the population fled; those who remained in the city constructed dugouts and bombproof shelters. During the most intense bombardment, which stretched from June until November 1864, only a dozen Petersburg civilians died according to the highest estimate.