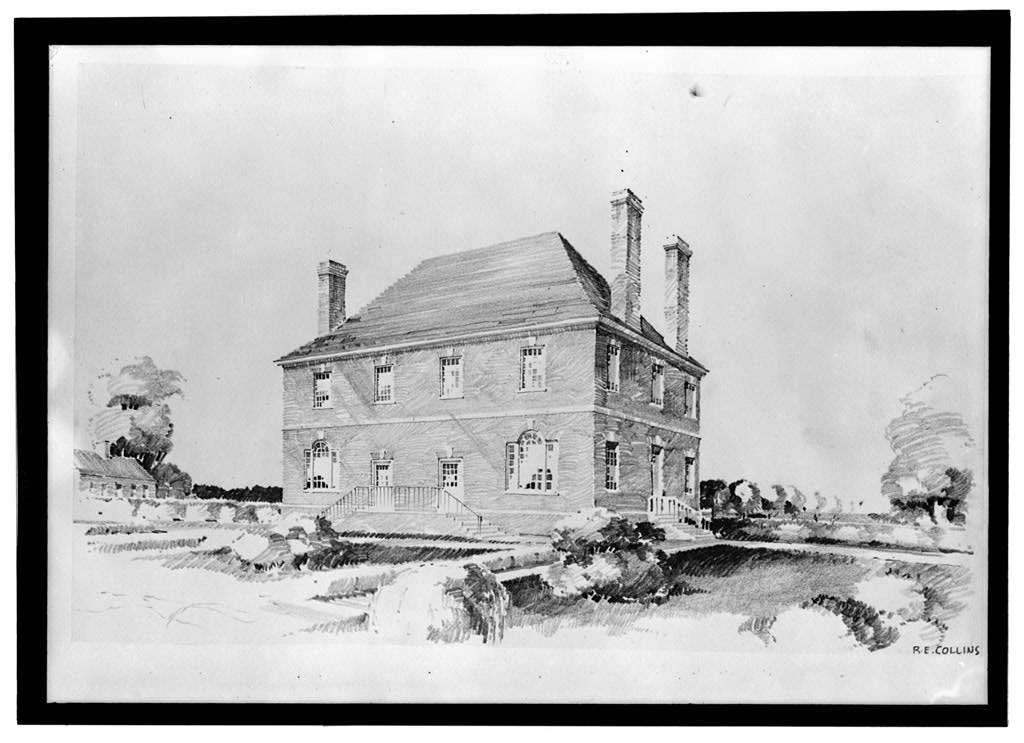 A twentieth-century graphite drawing recreates the original Nomony (also spelled "Nomini" or "Nominy") Hall in Westmoreland County, the plantation house built by Robert Carter II between 1725 and 1732 and inherited by his son, Robert Carter III, along with an estate of more than 60,000 acres. The house was destroyed by fire in 1850, but Philip Vickers Fithian, the tutor for Robert Carter III”s children in the 1770s, wrote about it extensively. Located at the end of a long drive of poplar trees, Fithian described the house as “most romantic, [and] at the same time ... truly elegant.” The views from the house were especially beautiful: “At the Distance of about 5 Miles is the River Potowmack over which I can see the smoky Woods of Maryland ... Between my window and the Potowmack, is Nominy Church, it stands close on the Bank of the River Nominy, in a pleasant agreeable place.”

This illustration was created for the architect Thomas Tileston Waterman’s book The Mansions of Virginia,1706–1776 (1945).