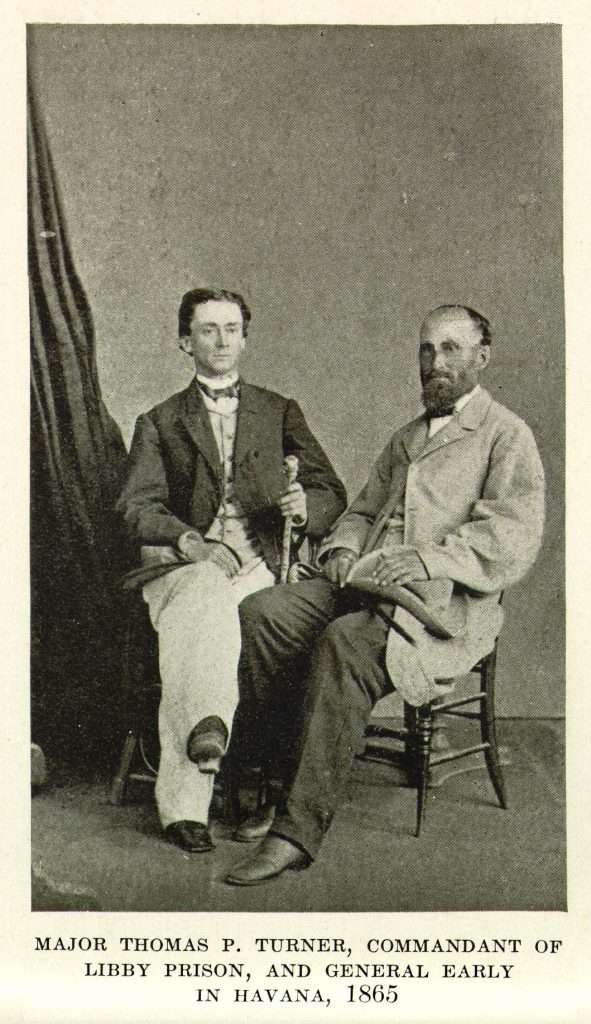 In this photograph taken in Havana, Cuba, in 1865, former Confederate general Jubal A. Early poses with former Confederate major Thomas P. Turner. Turner served as the wartime commandant of Libby Prison in Richmond, which housed Union prisoners of war. Both men were in Cuba out of fear of being prosecuted in the United States for their actions during the Civil War.

This photograph was published in Early's book, Lieutenant General Jubal Anderson Early, C.S.A. Autobiographical Sketch and Narrative of the War Between the States (1912), a posthumous publication that included notes by his wife, Ruth Hairston Early.