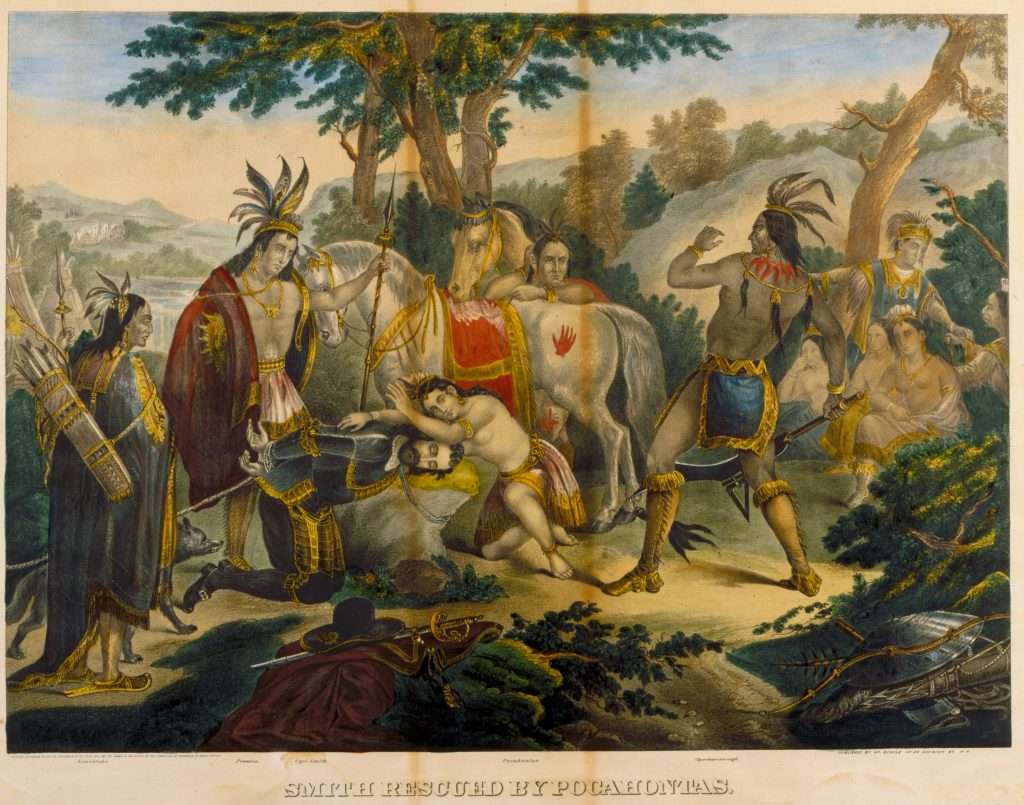 A hand-colored engraving produced in New York City in the late nineteenth century recreates the perhaps-apocryphal 1607 scene of John Smith being saved by Pocahontas, the daughter of Powhatan, the paramount chief of the Virginia Indian political alliance known as Tsenacomoco. Opechancanough, Powhatan's brother, is ready to behead Smith when the young Pocahontas intercedes; her father, meanwhile, stands behind the intended victim. The exotic footwear, clothing, weaponry, and teepees shown in this recreation stem from the artist's imagination and do not reflect the lives Virginia Indians actually lived.