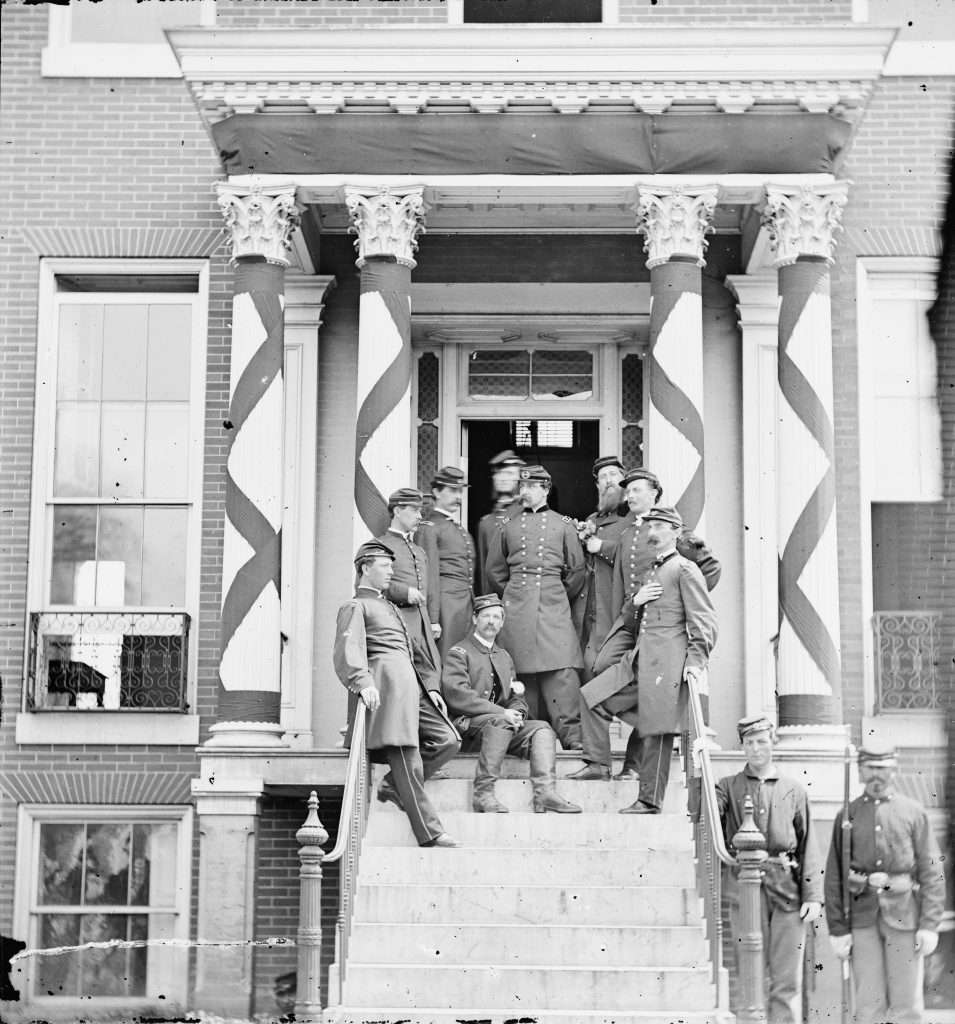 Striking a victorious pose, Union general Edward Ferrero (center figure, standing) and his staff stand on the front stoop of a Petersburg home. The bearded officer at top right holds a bouquet of flowers, but the fall of the city would be bittersweet for Ferrero, who was later reviled for his conduct during the Battle of the Crater. Ferrero commanded a 4,300-man division composed entirely of United States Colored Troops—a group that bore a disproportionate share of the casualties during the battle, while the general himself stayed safely behind in a bunker drinking rum. His failure of leadership helped contribute to the debacle and though Ferrero was officially censured, he did not lose his command. After the war, Ferrero returned to New York City, where he had previously been a dance instructor, and opened the renowned Apollo Hall ballroom. His Colored Troops occupied Petersburg in the postwar period, and many white residents found the presence of armed African Americans particularly odious.