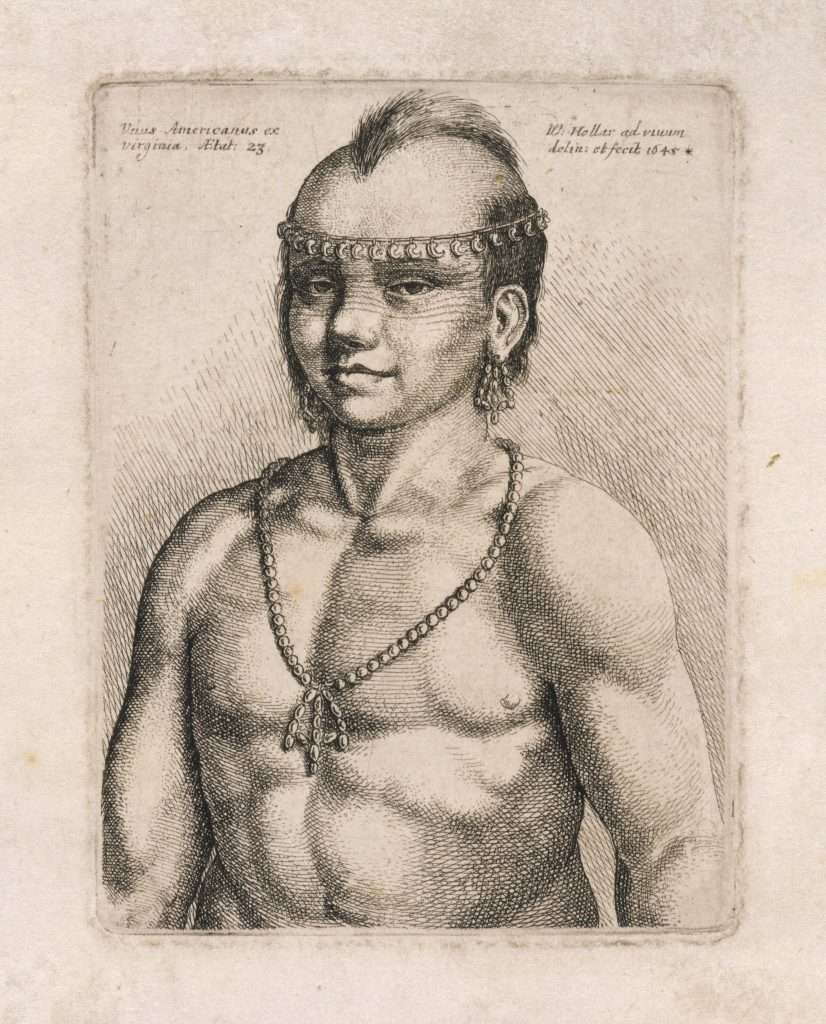 This etching, taken from life, shows an American Indian man wearing a necklace, earrings, and head ornaments. The inscription in the upper left reads, "Unus Americanus ex Virginia" (an American from Virginia), a place name that early in the seventeenth century referred to much of both present-day Virginia and New England. In 1996, the scholar George R. Hamell identified the man as Jacques, an Algonquian-speaking warrior of the Munsee-Delaware tribe who had been taken prisoner by Europeans and, in 1644, transported to Amsterdam. He was put on display there and later in Atwerp, where he was sketched by the Bohemian engraver Wenceslaus Hollar (1607–1677).