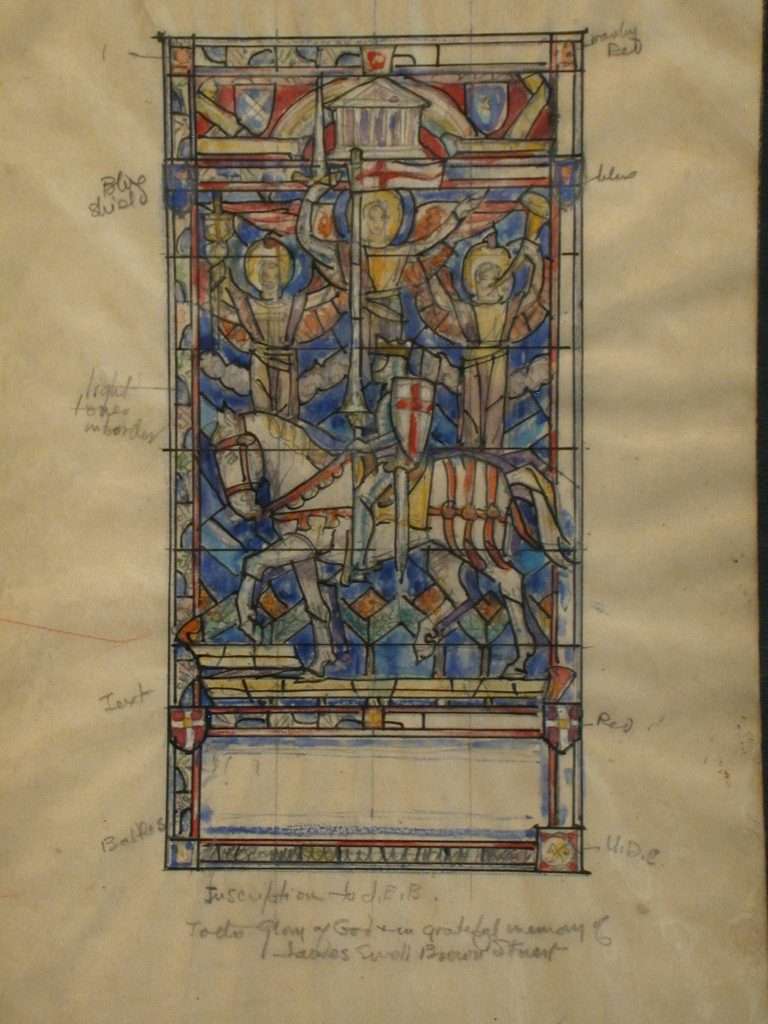 A crusader rides off to battle in this watercolor design for a stained-glass window dedicated to Confederate general J. E. B. Stuart. Three angels—one blowing on a trumpet, another bearing a downturned sword, and a third carrying an upraised sword—hover over the knight who represents Stuart. The inscription at the bottom reads, "To the glory of God and in grateful memory of James Ewell Brown Stuart." The United Daughters of the Confederacy, a group formed in 1894 to perpetuate the memory of the Confederate cause, commissioned this memorial window from J & R Lamb Studios, a renowned stained-glass studio in operation since 1857. The window was installed in Richmond's Saint James's Episcopal Church and unveiled in October 1951. J. E. B. Stuart's descendants attended services for the unveiling and the historian Douglas Southall Freeman delivered an address in honor of the occasion.