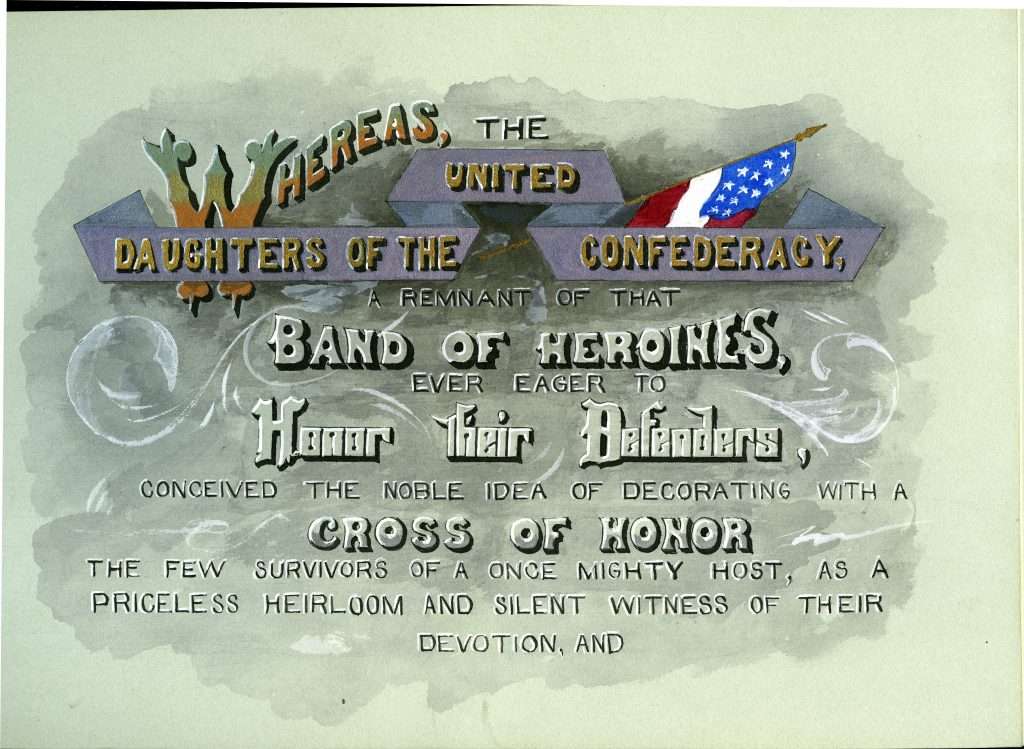 Tribute to the United Daughters of the Confederacy

Former Confederate soldiers pay tribute to the United Daughters of the Confederacy, referring to the members of that women's organization as "A Remnant of That Band of Heroines Ever Eager to Honor Their Defenders" in a resolution unanimously adopted at an August 1901 veterans' encampment in New York. The organization had bestowed medals (the "Cross of Honor") upon the men, and the surviving soldiers expressed their gratitude during the reunion. This page was from a bound book of preamables and resolutions, produced in watercolor, that commemorated the encampment.