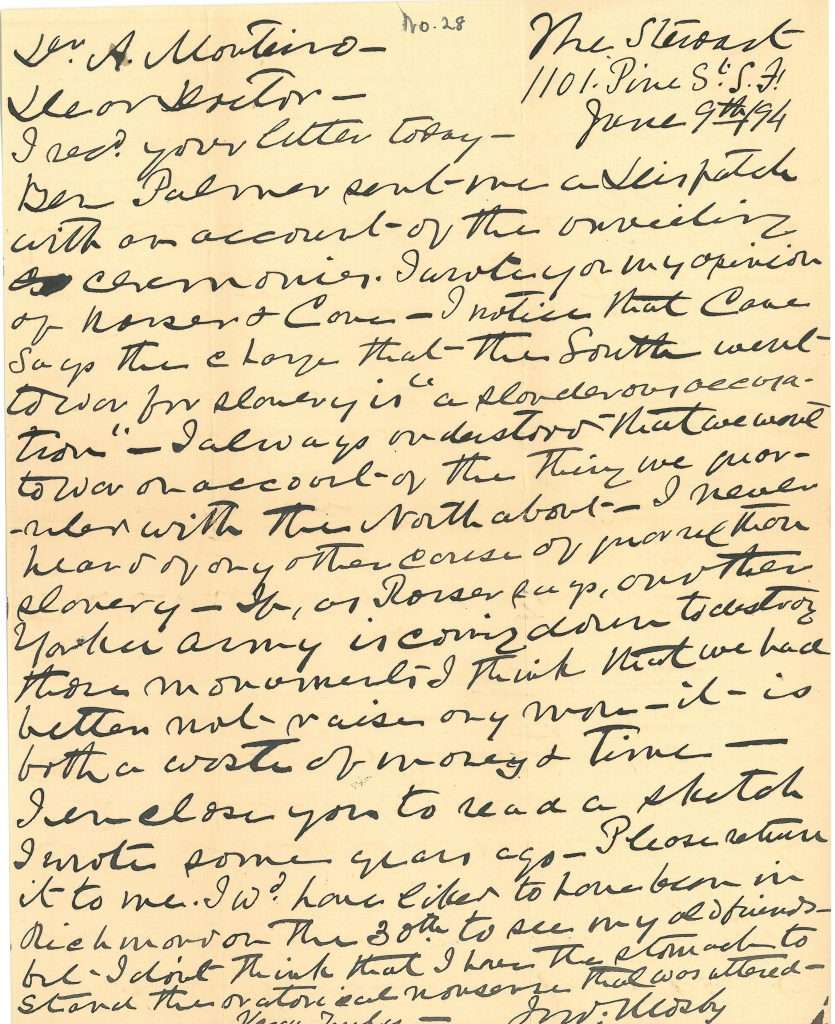 In a letter dated June 9, 1894, former Confederate colonel John Mosby writes to Dr. Aristides Monteiro, the surgeon who served under him during the Civil War, that slavery was certainly a cause of the war, despite protests by others to the contrary: "I notice that … [one Lost Cause apologist] says the charge that the South went to war for slavery is 'a slanderous accusation.' I always understood that we went to War on account of the thing we quarreled with the North about. I never heard of any other cause of quarrel than slavery." Mosby had little interest in war monuments, writing that they were "both a waste of money & time" if they served to enflame hatred; he also had little patience for Confederate reunions, saying, "I don't think I have the stomach to stand the oratorical nonsense" that would be involved.