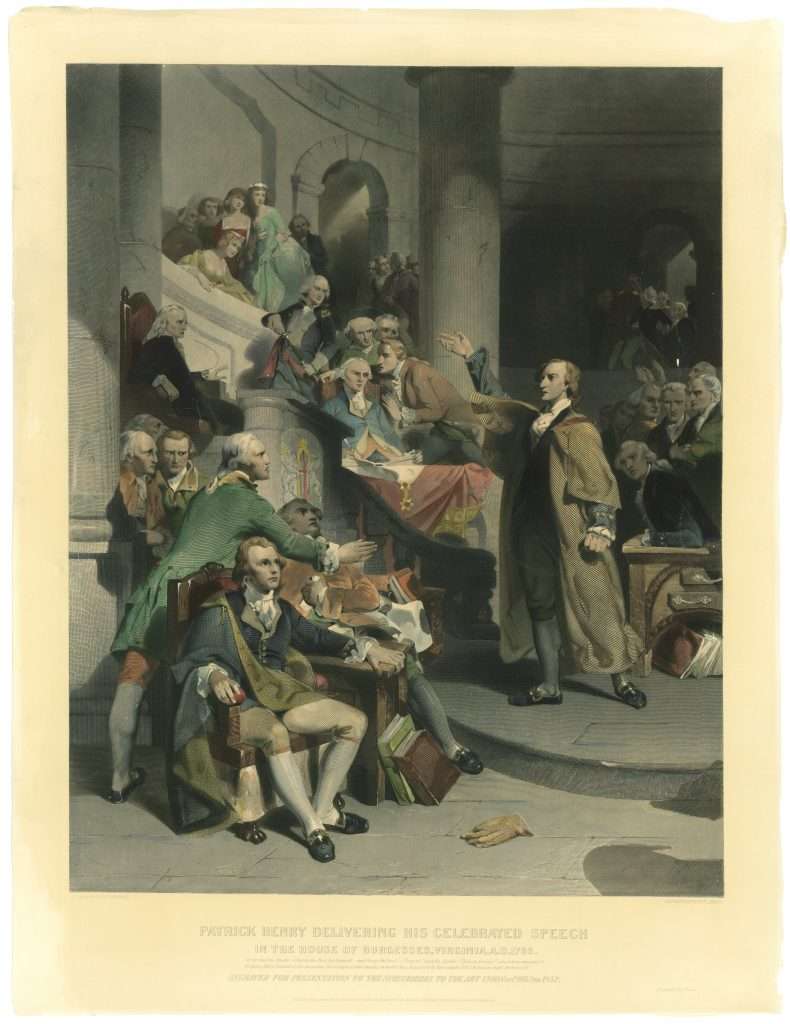 Patrick Henry attacks the Stamp Act and Parliament's authority to tax the colonists—while also suggesting that George III risks Julius Caesar's fate if he disregards American liberty—in a famous speech he delivered to the House of Burgesses in 1765. The caption beneath the engraved scene quotes a portion of Henry's speech, as well as the angry response from the assembled legislators.

"Caesar had his Brutus — Charles the First, His Cromwell — And George the Third" — ("Treason!" cried the Speaker — "Treason, treason!" echoed from every part of the house). Henry faultered not for an instant, but rising to a loftier attitude, concluded thus - "may profit by their example. If this be treason, make the most of it."

This engraving was based on an 1851 painting by artist P. F. Rothermel.