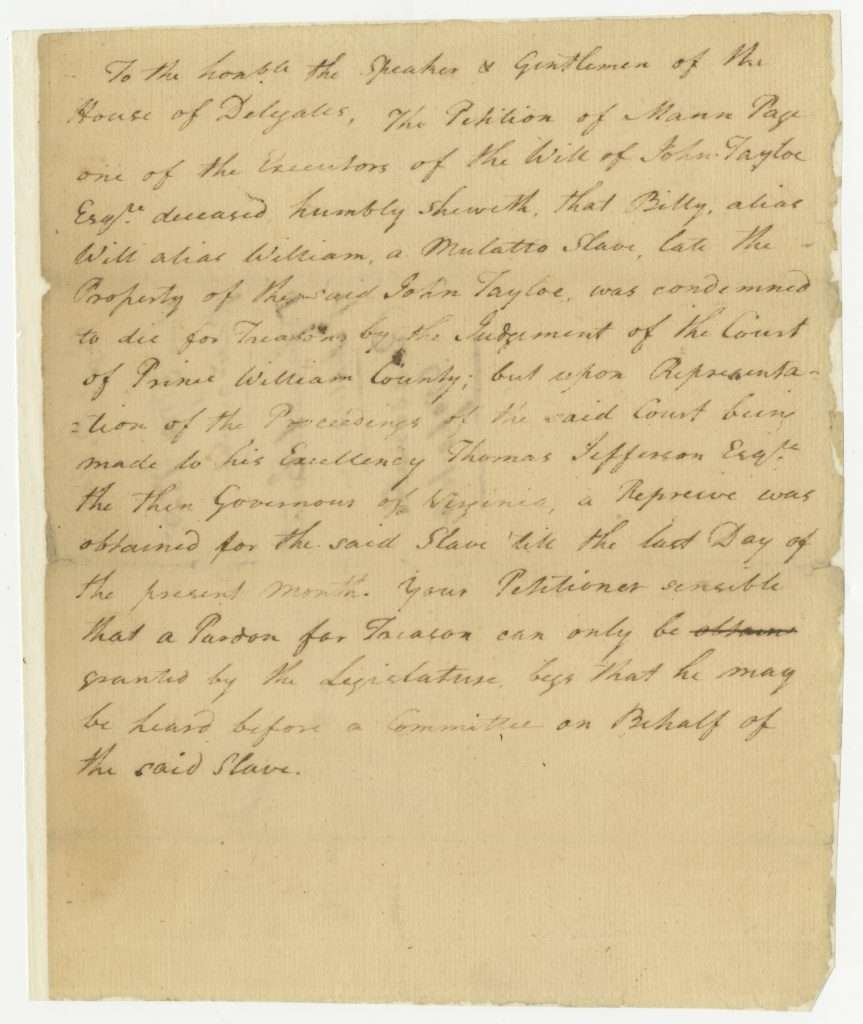 Mann Page, one of the executors for the deceased John Tayloe, petitions the House of Delegates early in June 1781 to grant a pardon to "Billy, alias Will alias William, a Mulatto Slave, late the Property of the said John Tayloe." Billy had run away during the Revolutionary War, been captured, and then convicted of treason and sentenced to death for aiding the British. Mann Page and others argued to Governor Thomas Jefferson that a slave, being a noncitizen, could not commit treason. Jefferson ordered the execution postponed until the end of June. Page then petitioned the House of Delegates, arguing that "a Pardon for Treason can only be granted by the Legislature." The governing body pardoned Billy on June 14, 1781. Excluded from the protections conferred by citizenship, the slave was shielded from execution only because Virginia's law of treason could not logically apply to him.