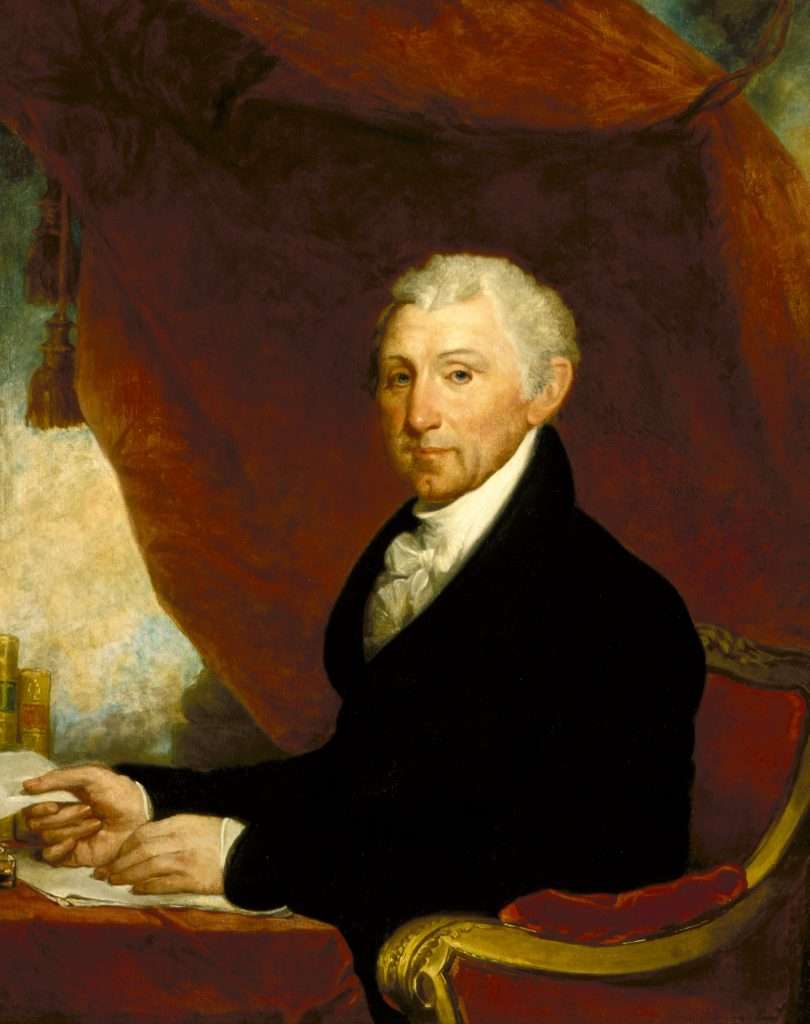 James Monroe—who served as a member of the House of Delegates, the Continental Congress, and the U.S. Senate, and was elected governor of Virginia and the fifth U.S. president—is the subject of this late ninteenth-century oil portrait. This work is based on an earlier painting created circa 1820–1822 by artist Gilbert Stuart, who had been commissioned to produce half-length portraits of the first five presidents of the United States.