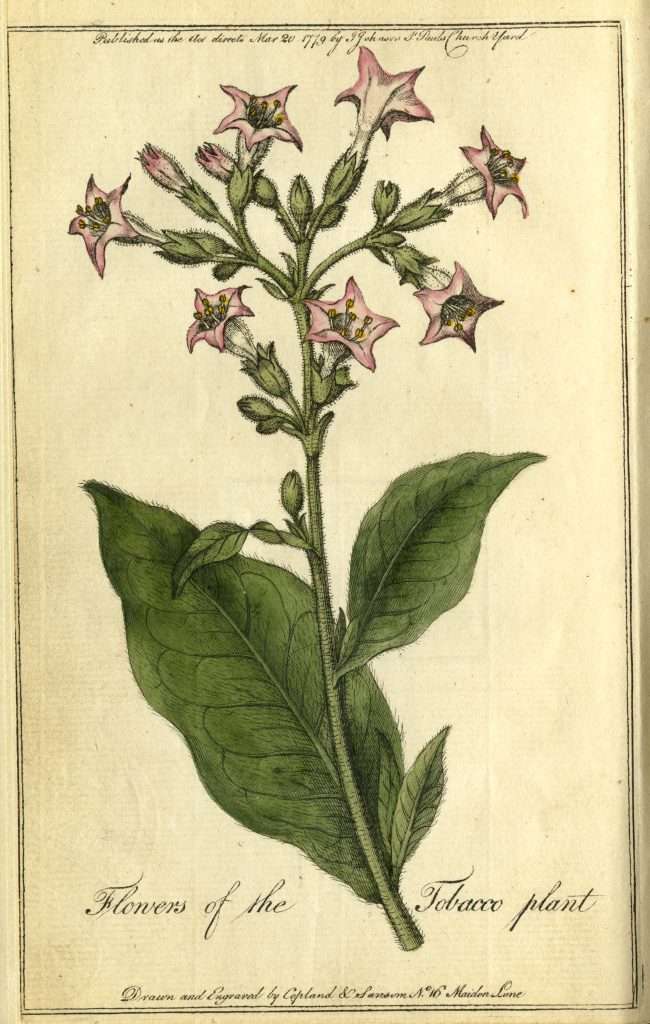 Flowers of the Tobacco Plant

A hand-colored engraving of a flowering tobacco plant is included in a fifty-four-page pamphlet entitled A Treatise on the Culture of the Tobacco Plant that was printed in London in 1779. Author Jonathan Carver, one of the eighteenth century's most famous travel writers, minimizes the work that would be involved in growing tobacco in England, while emphasizing the beauty of the plant. A reviewer writes, “If Mr. Carver’s representations be true, and there is no reason for suspecting they are otherwise, the cultivation of tobacco is attended with as few difficulties as that of the most common vegetable; and the method of curing it also seems to be equally easy and simple.” The reviewer also notes how pleasing the plant would be in an English pleasure-garden, as when it is in flower it is “both majestic and beautiful.”