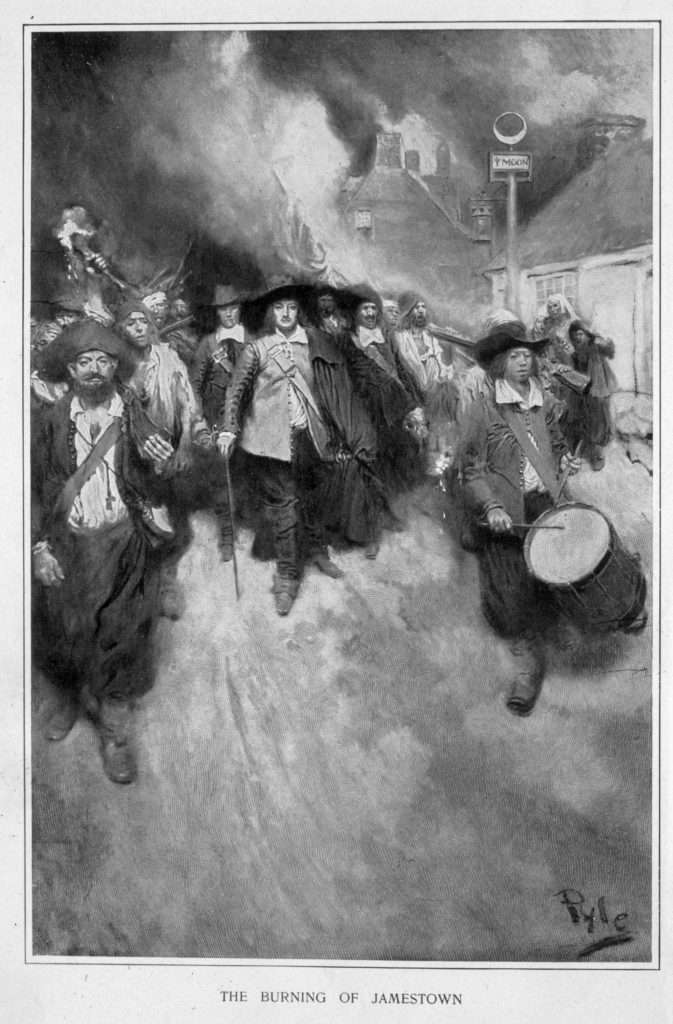 Nathaniel Bacon and his army of rebels torch Jamestown, the capital of the Virginia colony, on September 19, 1676. This event took place during Bacon's Rebellion, a civil war that pitted Bacon's followers against Virginia governor Sir William Berkeley. The scene was recreated by Howard Pyle, an illustrator working in the late nineteenth and early twentieth centuries; his signature can be seen at bottom right. The image was published in an article concerning Jamestown that appeared in volume five of Harper's Encyclopaedia of United States History from 458 A.D. to 1905 (1905), a ten-volume series that included a preface by Woodrow Wilson, then president of Princeton University.