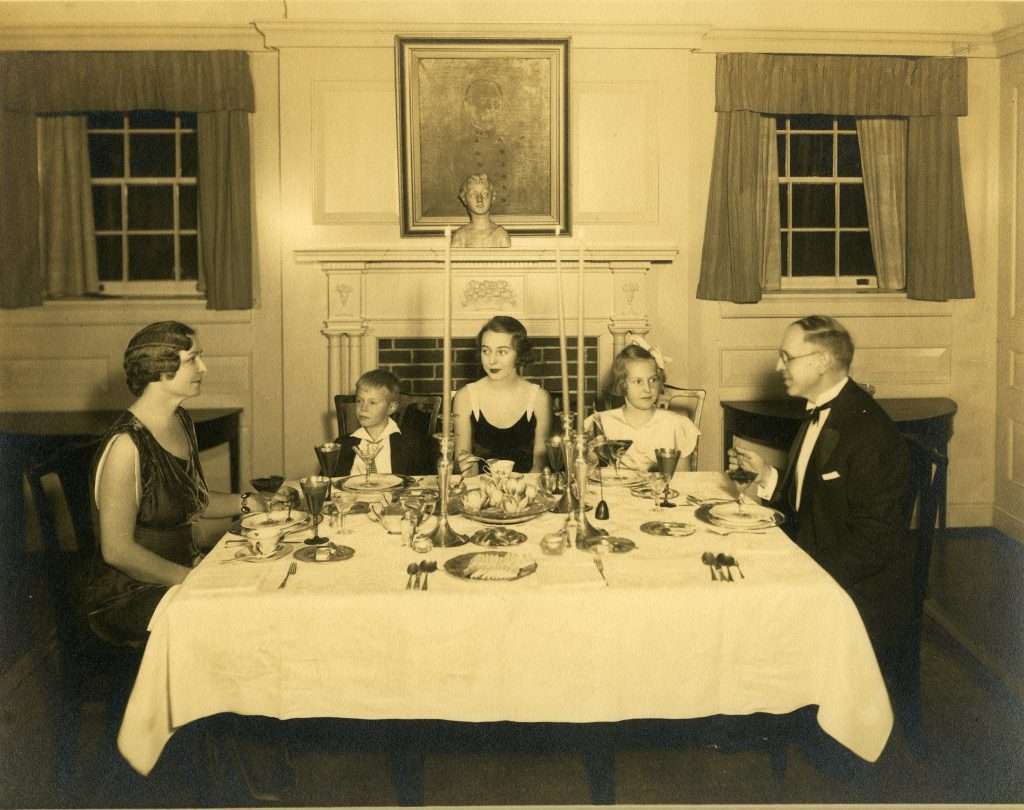 Historian and newspaper editor Douglas Southall Freeman wears a tuxedo during a formal dinner with his family—his wife, Inez Goddin Freeman, and their three children, James Douglas, Mary Tyler, and Anne Ballard Freeman. A portrait of a Confederate officer hangs on the wall above the fireplace, and what appears to be a small Confederate flag sits on the table in front of the writer. This photograph was made circa 1932, when Freeman was working simultaneously at the Richmond News Leader and on R. E. Lee (1934–1935), his four-volume, Pulitzer Prize–winning biography of the Confederate general—an influential text that has since been criticized for its Lost Cause mythologizing.