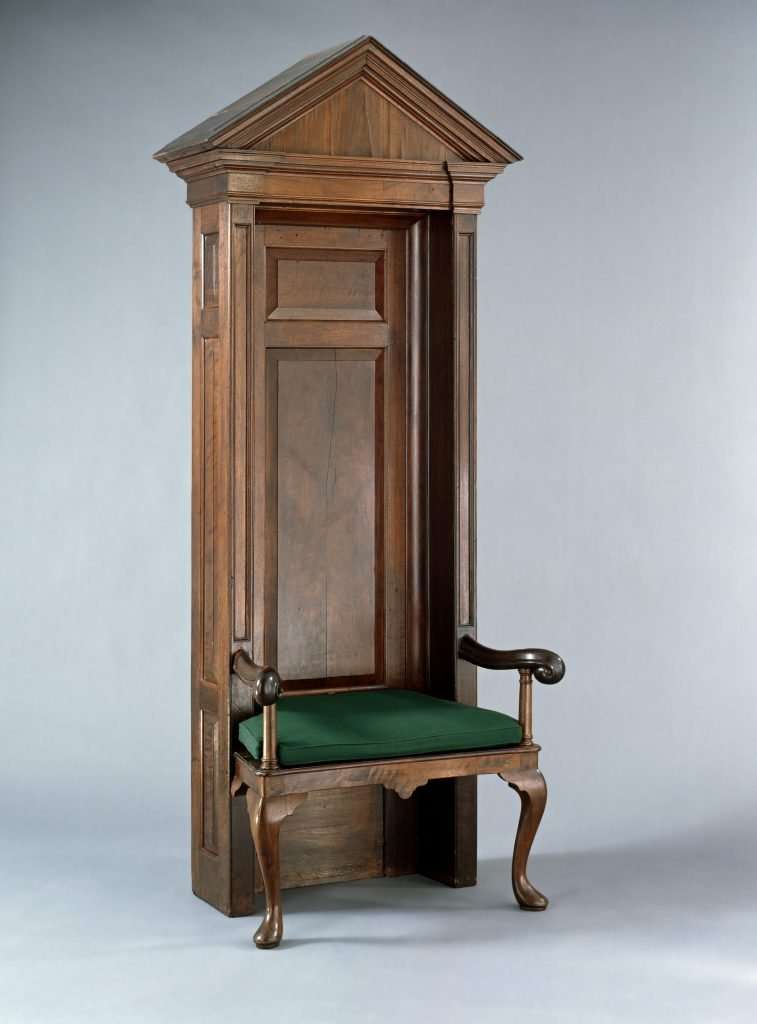 This speaker's chair would have been elevated on a platform at one end of the hall where the House of Burgesses met, rising above the delegates, who sat on wooden benches. Though scorched on the underside, the chair survived the 1747 fire that destroyed the original Capitol. Brought to Richmond when the capital was moved there in 1780, it remained unharmed during the devastation that occurred when the city fell during the Civil War. As late as 1866, this imposing piece of furniture was still in official use, appearing in Frank Leslie's Illustrated Newspaper as the "Speaker's Chair of the Room of Representatives." The chair came to Colonial Williamsburg from the Commonwealth of Virginia in 1933, and it currently stands in the reconstructed Capitol, in the position it once stood in the House of Burgesses.