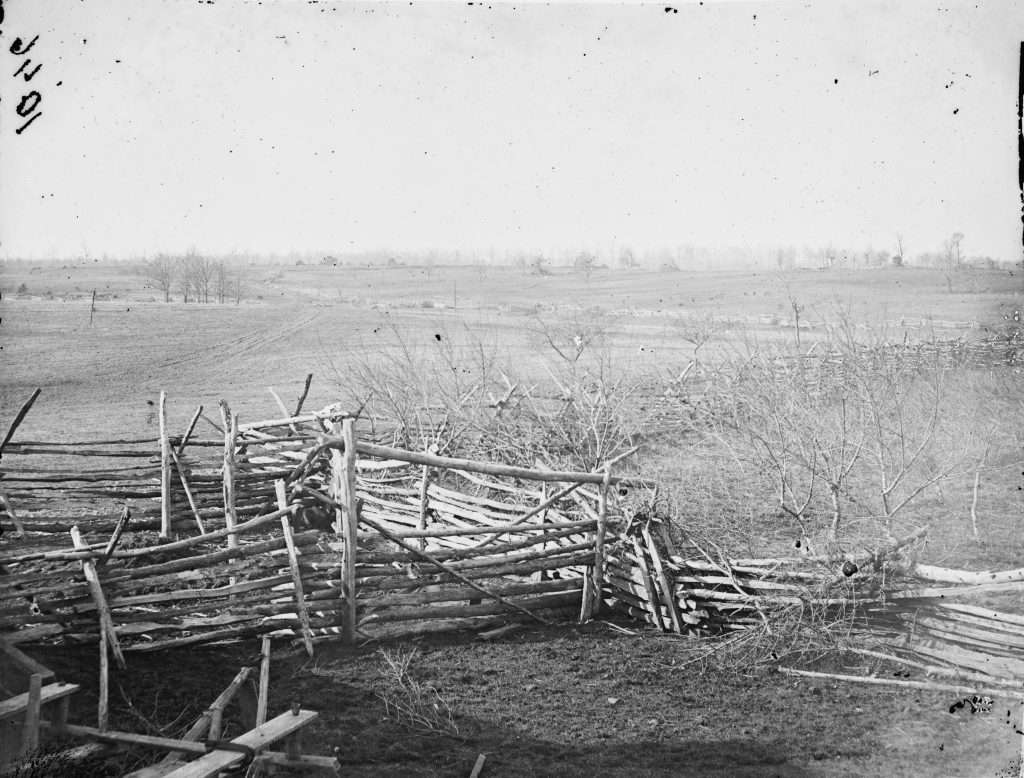 View of the Battlefield at First Manassas

One half of a glass-plate stereo view shows the site where the First Battle of Manassas—known in the North as the Battle of Bull Run—took place on July 21, 1861, near the banks of Bull Run, a stream that originates from a spring in the Bull Run Mountains. The first major encounter of the Civil War, the battle was marked by confusion, with Union and Confederate troops wearing similar uniforms and flying similar flags. When it looked as if the Union troops might prevail, Virginians under the command of Thomas J. Jackson rallied on Henry House Hill; there, the brigade and its commander earned the famous nickname "Stonewall." The Union army was routed in front of spectators from Washington, D.C., and politicians and generals on both sides were left to acknowledge the possibility that the war would last longer than they had thought.