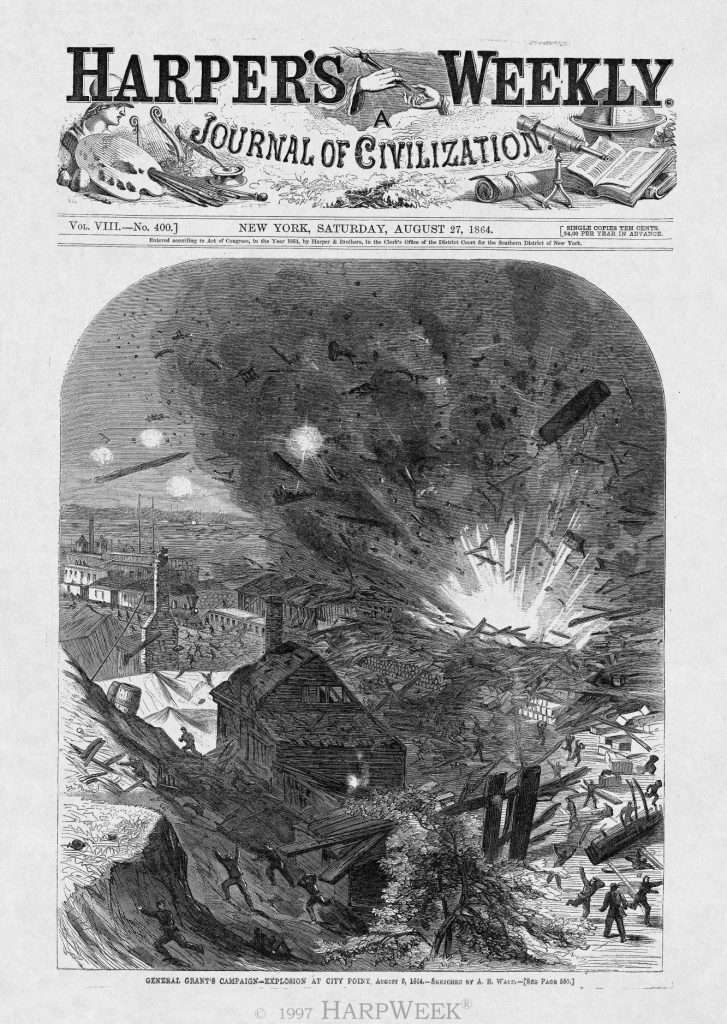 Debris rains down on dock workers and Union soldiers who run for safety after a Confederate bomb exploded aboard a barge and ignited nearby ammunition stores on the wharf at City Point, on August 9, 1864. This engraving on the cover of the August 27, 1864, edition of Harper’s Weekly was based on a sketch by artist Alfred R. Waud. The writer of the accompanying magazine article was apparently unaware that saboteurs had created the mayhem, terming it instead a “melancholy and heart sickening accident” caused from “too careless handling of the ammunition” aboard one of the barges next to the wharf. The article noted that “upward of 50 were killed, 32 of whom were colored laborers.” The final total was 58 people killed and 126 wounded; damage estimates reached four million dollars.