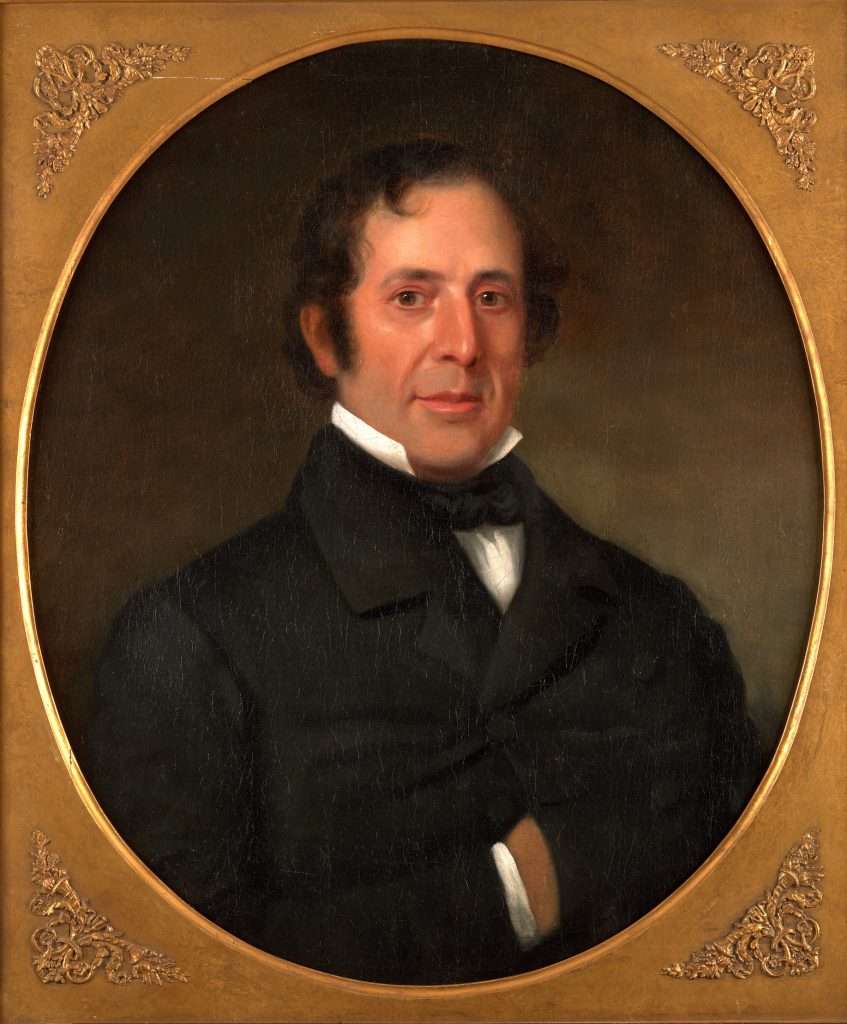 John B. Floyd, governor of Virginia (1849–1852), secretary of war in the administration of United States president James Buchanan (1857–1860), and a Confederate general during the American Civil War, sits for an oil portrait by William G. Brown. As governor, Floyd helped usher in the apportionment and suffrage reforms proposed by the constitutional convention of 1850–1851, but at Buchanan's War Department his reputation plunged because of various corruption scandals. This undated portrait was donated to the Library of Virginia by Floyd's widow in 1873.