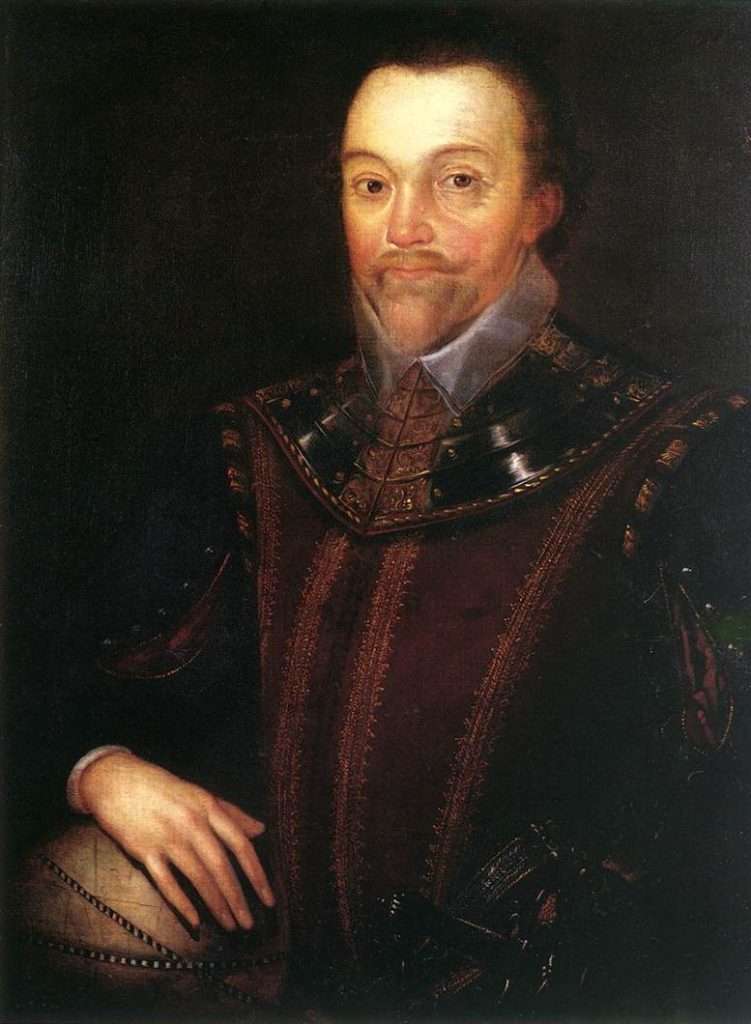 Sir Francis Drake is dressed in armor and his arm rests on a globe in this portrait made by artist Marcus Gheeraerts (the younger) sometime after 1590. The painting resides in Devon, England, at Buckland Abbey, a 700-year-old structure that was originally a Cistercian abbey but eventually became a residence where Drake and his collateral descendants lived.