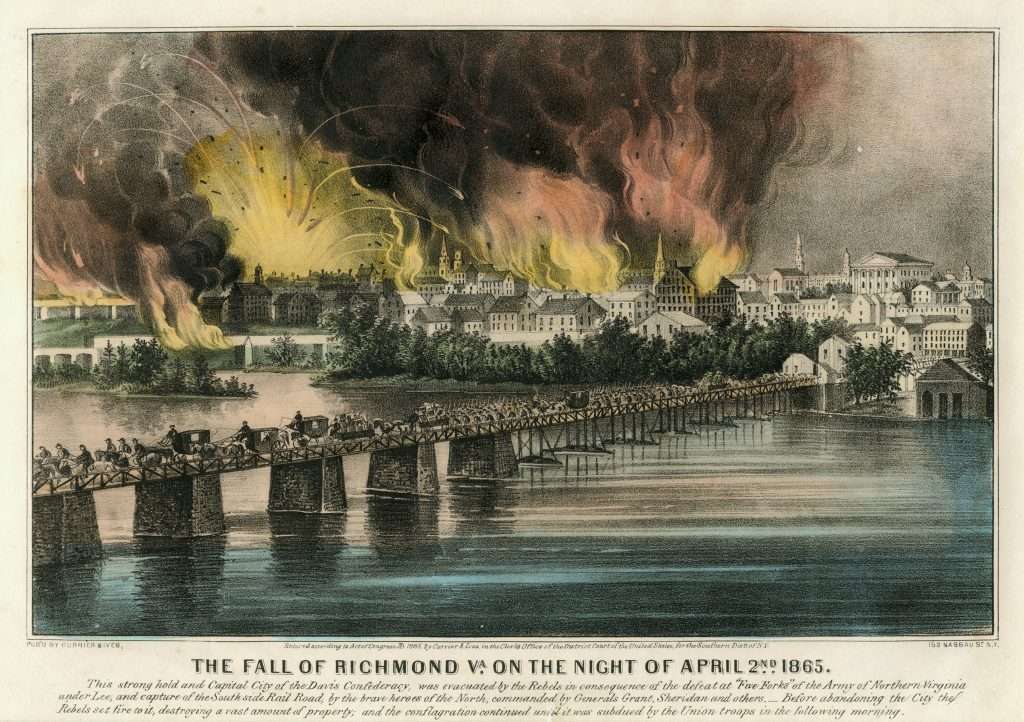 Heavily laden wagons, coaches, and soldiers on foot traverse Mayo's bridge in Richmond on the night of April 2, 1865, as the Confederate evacuation of the capital city begins. This colored lithograph produced by Currier and Ives in New York City includes mention of the "brave heroes of the North" who took the city, while castigating their Confederate foe: "Before abandoning the City the Rebels set fire to it, destroying a vast amount of property; and the conflagration continued until it was subdued by the Union troops in the following morning."

Confederate army officials did, in fact, set fire to the tobacco warehouses, but not until the next day. A fierce wind fanned the flames and the fire spread throughout the business district and to the Confederate arsenal and ordnance laboratory, setting off the explosion of thousands of cartridges and artillery shells. The occupying Union army finally extinguished the fire, but not before hundreds, perhaps even a thousand, buildings had been consumed.