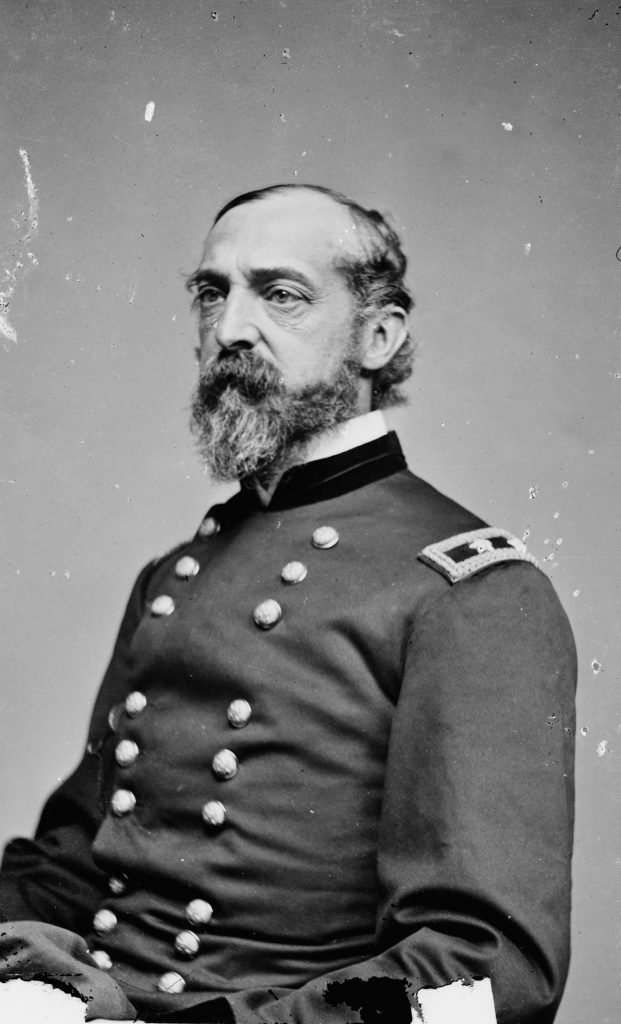 George G. Meade was a Union major general and one of the most important commanders of the American Civil War (1861–1865). He defeated Robert E. Lee and the Army of Northern Virginia in the Battle of Gettysburg (1863) and led the main Union army in Virginia until the end of the war. Still, U.S. president Abraham Lincoln was often dissatisfied with the prudence and caution that characterized Meade's generalship. That, combined with a prickly personality that led some to refer to Meade as a "goggled eyed snapping turtle," played a significant role in Ulysses S. Grant's decision to assume principal direction of the Union war effort in Virginia from 1864 to 1865.