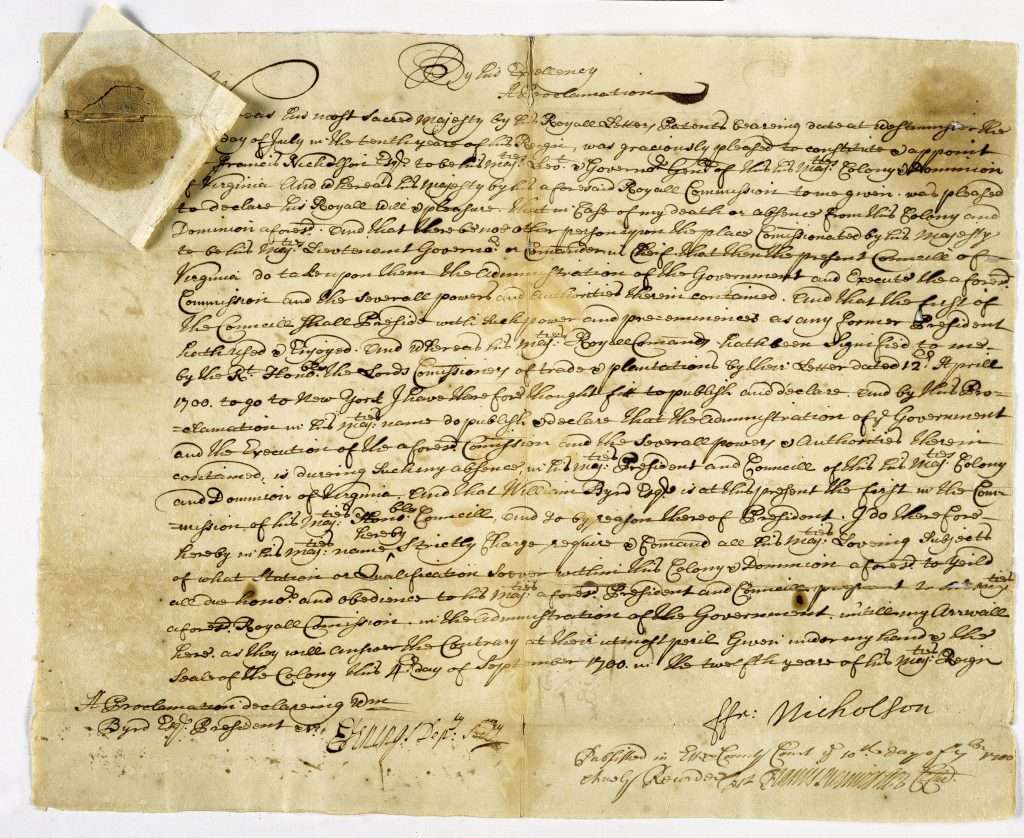 Virginia governor Francis Nicholson announces by official proclamation in 1700 that William Byrd, president of the governor's Council, will take over his duties as governor while he is away on business in New York. This proclamation was read to the public at the Capitol in Williamsburg, and individual copies of the document were sent to each of the county courts, where they would be read aloud to the assembled population. This copy bears the signatures of Nicholson and Edmund Jenings, the deputy secretary of the colony; in addition, it has been signed by the clerk of Essex County, Francis Meriwether, indicating that the proclamation had been read aloud in that county.