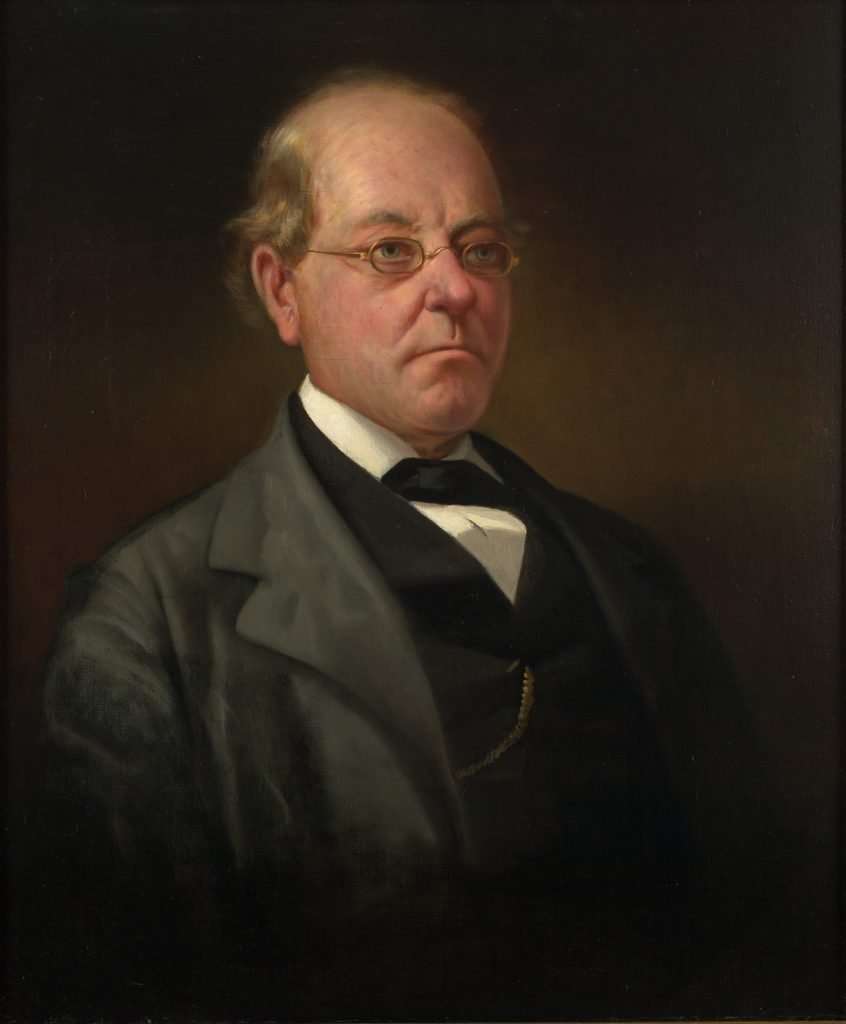 John Letcher was a lawyer, newspaper editor, member of the United States House of Representatives (1851–1859), and governor of Virginia (1860–1864) during the Civil War. In a career that lasted decades, he weathered radical shifts of opinion and power by consistently positioning himself as a moderate, supporting, for instance, increased commercial ties between the eastern and western portions of the state and more political representation for western counties. He ably mobilized Virginia for war and then threw the state's tremendous resources behind the Confederacy. But his willingness to requisition for the Confederacy needed supplies such as salt caused controversy at home, as did his support of impressments. Letcher returned to Lexington in 1864, ran for the Confederate Congress and lost, and was briefly imprisoned at the conclusion of the war.

This oil-on-canvas painting of Letcher is the work of John A. Elder (1833–1899). Born in Fredericksburg, Elder studied painting in Dusseldorf under Emmanuel Leutze. (Elder's fellow student was William D. Washington, whose most famous painting was The Burial of Latané.) During the Civil War, Elder served as a draftsman in the Confederate Ordnance Department and witnessed the Battle of the Crater on July 30, 1864, later making a painting of his experience. After the war, Elder established a studio in Richmond and his paintings of Confederate subjects such as Robert E. Lee, Thomas J. "Stonewall" Jackson, and the surrender at Appomattox became popular throughout the South.