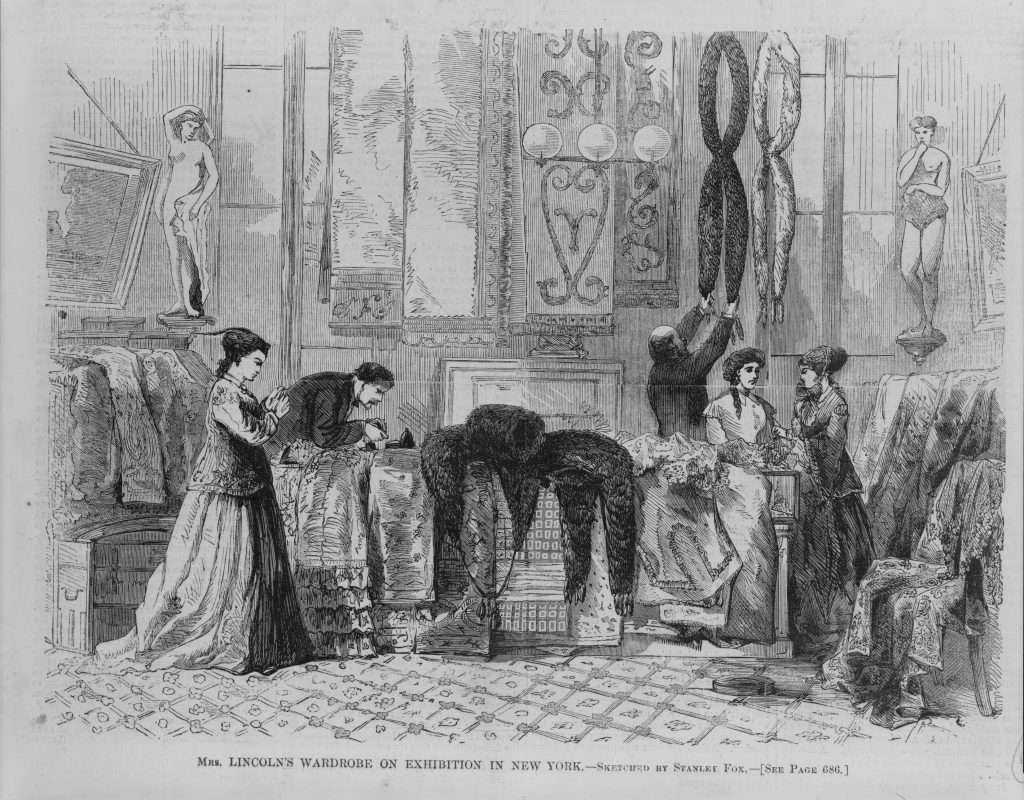 A small group of men and women examine Mary Todd Lincoln's used clothing and jewelry that were being sold in New York City so that the widow could pay off debts she had incurred while First Lady. This engraving, published in the October 26, 1867, edition of Harper's Weekly, was accompanied by a brief article that defended Mary Todd Lincoln's extravagance and the impending sale, which had become a matter of some scandal:

A rich and extensive wardrobe was absolutely necessary to her position as mistress of the White House; its domestic arrangements and social hospitalities could not be conducted in the blue jeans or linsey-woolseys of her native State.

The article noted that she no longer had use for "rich silk and satin robes and lace and cashmere shawls" while no longer first Lady, and that she been left only a "small fortune" and was in need of funds. The magazine estimated the articles being sold were worth over $15,000 (roughly $264,000 in today's money).