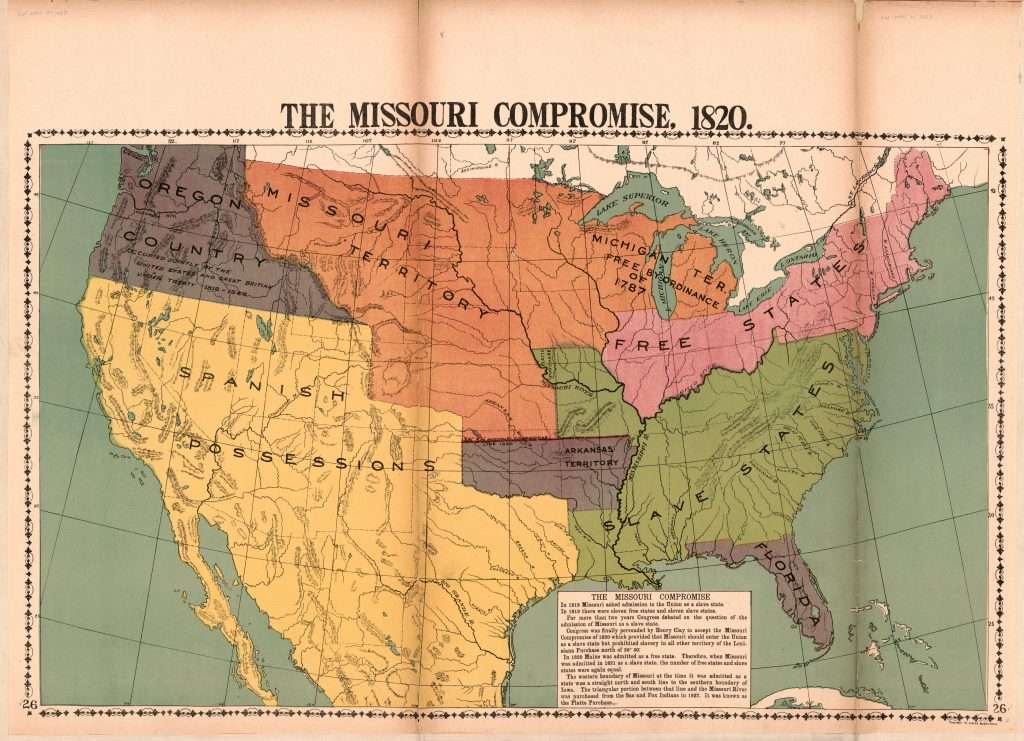 This map published in McConnell's Historical Maps of the United States (1919) delineates the states that legally permitted slavery and those that prohibited it as a result of the Missouri Compromise of 1820. By that decision, Missouri was accepted into the Union as a slave state and Maine was admitted as a free state. The United States then had twenty-four states—twelve of them permitting slavery and twelve of them free.