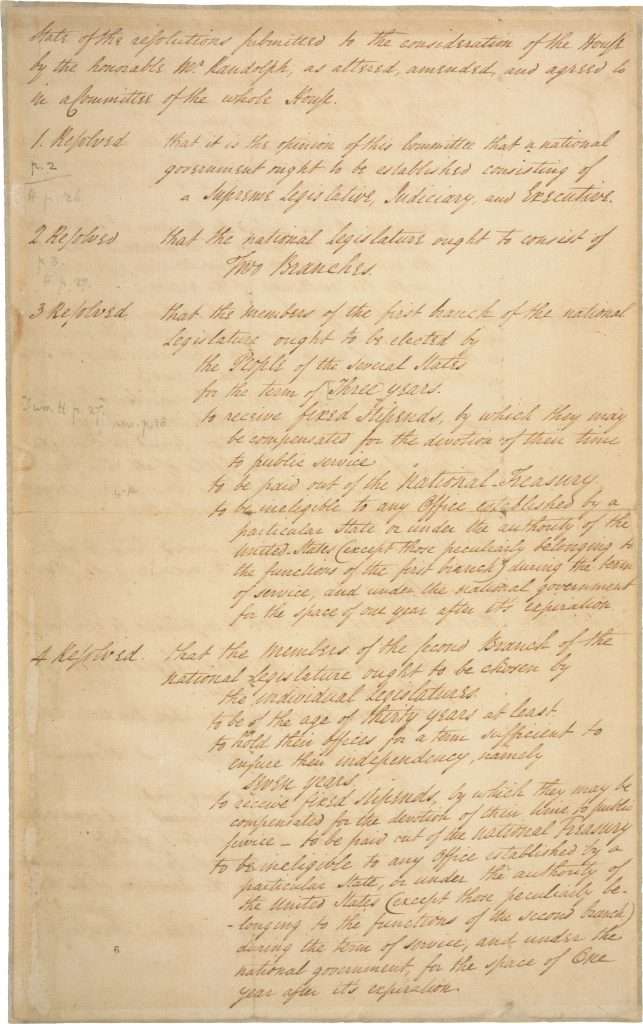 This is the opening page of James Madison's Virginia Plan, which called for the creation of a national republic with a strong central government. This plan was presented to the Constitutional Convention on May 29, 1787, by Edmund Randolph, who was then governor of Virginia. Madison's plan proposed three branches of government: a bicameral legislature, a national executive, and a judiciary.