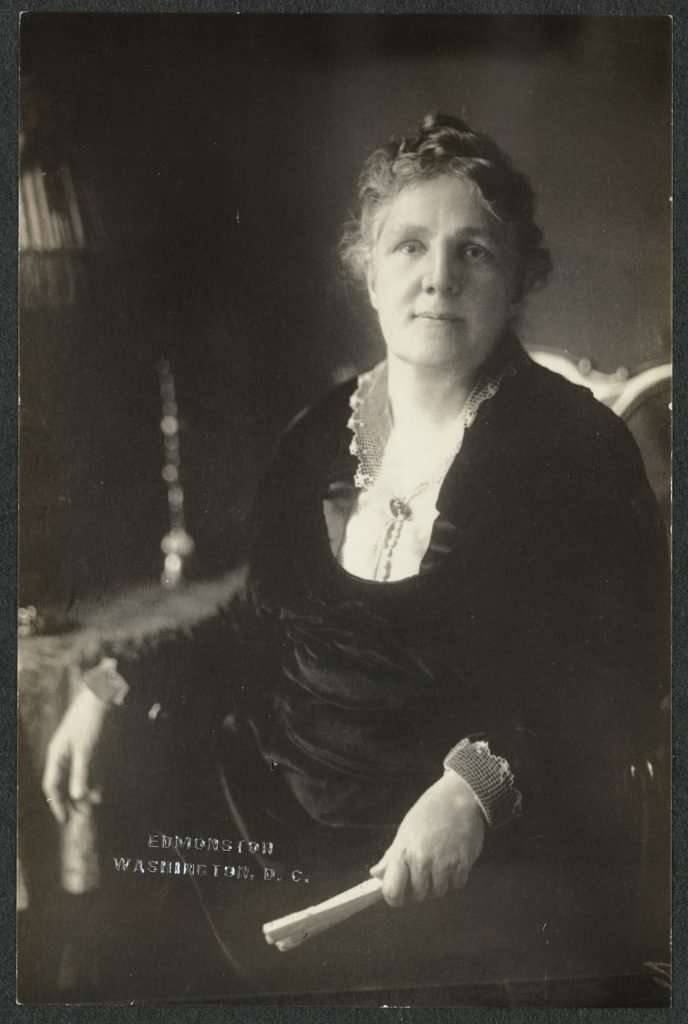 Sophie Gooding Rose Meredith, who served as the chair of the Virginia branch of the Congressional Union for Woman Suffrage (later renamed the National Woman's Party) sits for a formal portrait in Washington, D.C. In June 1920 this photograph was published in The Suffragist, a weekly newspaper founded by Alice Paul in 1913. The newspaper ceased publication with the passage of the Nineteenth Amendment to the Constitution in August 1920, which gave women citizens the right to vote. (Native Americans were not granted citizenship until 1924.)