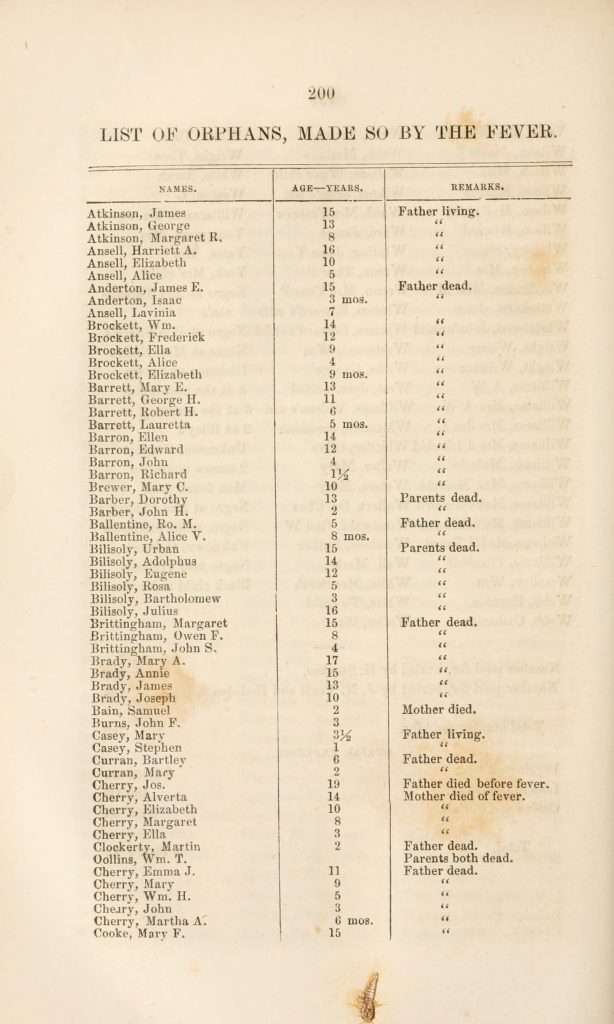 This is the first of a six-page list of children—372 names in all—who were orphaned as a result of the yellow fever epidemic that devastated Norfolk and Portsmouth in 1855. On this page the ages of the children range from three-months-old Isaac Anderton to nineteen-year-old Joseph Cherry. In some cases the father survived, but apparently gave over his children to an orphanage as he felt unable to raise a child by himself. This list was published in the Report of the Portsmouth Relief Association to the Contributors of the Fund for the Relief of Portsmouth, Virginia, during the Prevalence of the Yellow Fever in that Town in 1855 (1856).