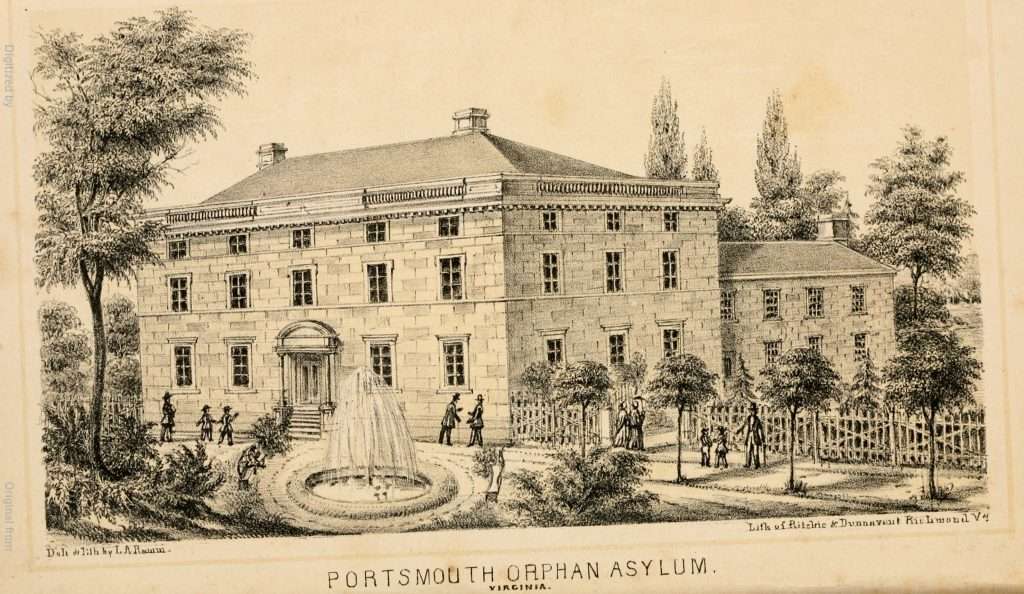 This lithograph depicts the Portsmouth Orphan Asylum dedicated to the care of children orphaned by the 1855 yellow fever epidemic that devastated Portsmouth and Norfolk. This image serves as the frontispiece for the Report of the Portsmouth Relief Association to the Contributors of the Fund for the Relief of Portsmouth, Virginia, During the Prevalence of the Yellow Fever in That Town in 1855 (1856). On March 15, 1856, the Virginia General Assembly passed an act to incorporate the Portsmouth Orphan Asylum so that the "said society" could establish "an orphan asylum for orphan children, and for connecting therewith, if it should be found expedient and proper, an asylum for widows and single women of good character." The trustees of the corporation were also permitted to bind out the children as indentured apprentices.

A small notice in the August 25, 1856, edition of the Richmond Dispatch noted:

PORTSMOUTH ORPHAN ASYLUM.—The Trustees of this institution have purchased the residence of M. David Bain, for the sum of six thousand dollars, situated on the point between Portsmouth and the Naval Hospital.

The Jackson Orphan Asylum in Norfolk also tended to the orphaned victims of the pandemic.