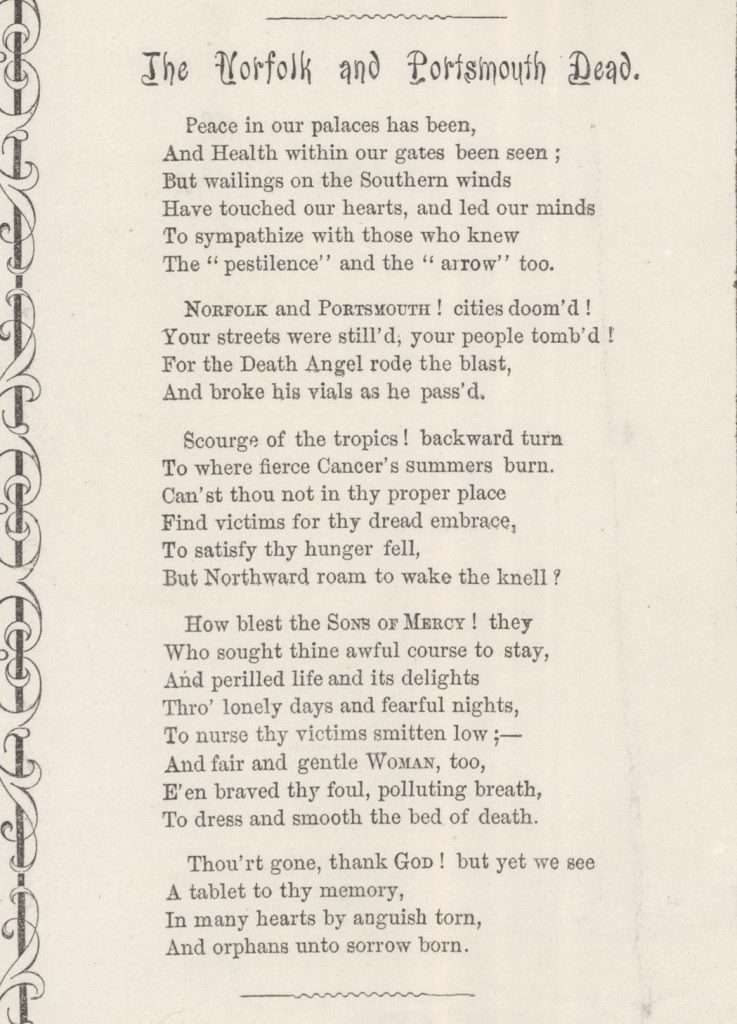 This poem titled "The Norfolk and Portsmouth Dead" commemorates the victims of the yellow fever epidemic that devastated both of those Virginia cities in 1855. One stanza reads:

For the Death Angel rode the blast,

And broke his vials as he pass'd.

Penned by the anonymous poet, "Peasant Bard," this poem was included on a broadside depicting the tragic events that took place worldwide in 1855—among them, the lethal yellow fever epidemic in Norfolk and Portsmouth.