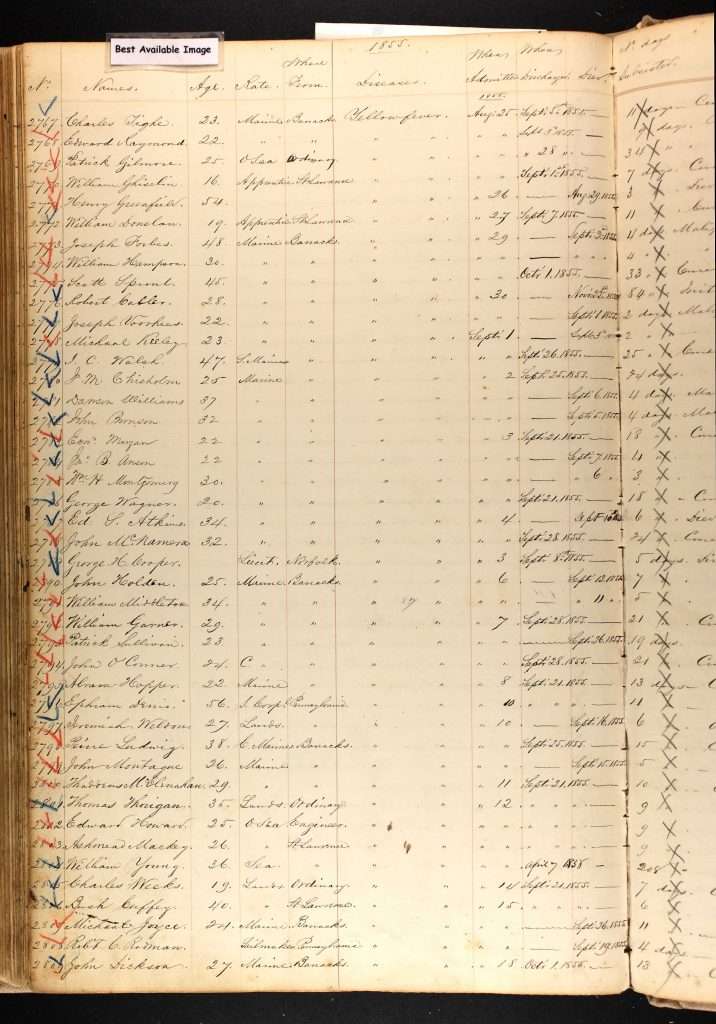 A single page from a patient register at the Norfolk Naval Hospital lists forty-three male patients suffering from yellow fever who were admitted to the medical facility between August 25 and September 18,1855. The men were apparently all seamen or workers at the Gosport shipyard, near Portsmouth. The men ranged in age from sixteen to fifty-six; eighteen of them died of the disease, most within days of their arrival at the hospital.