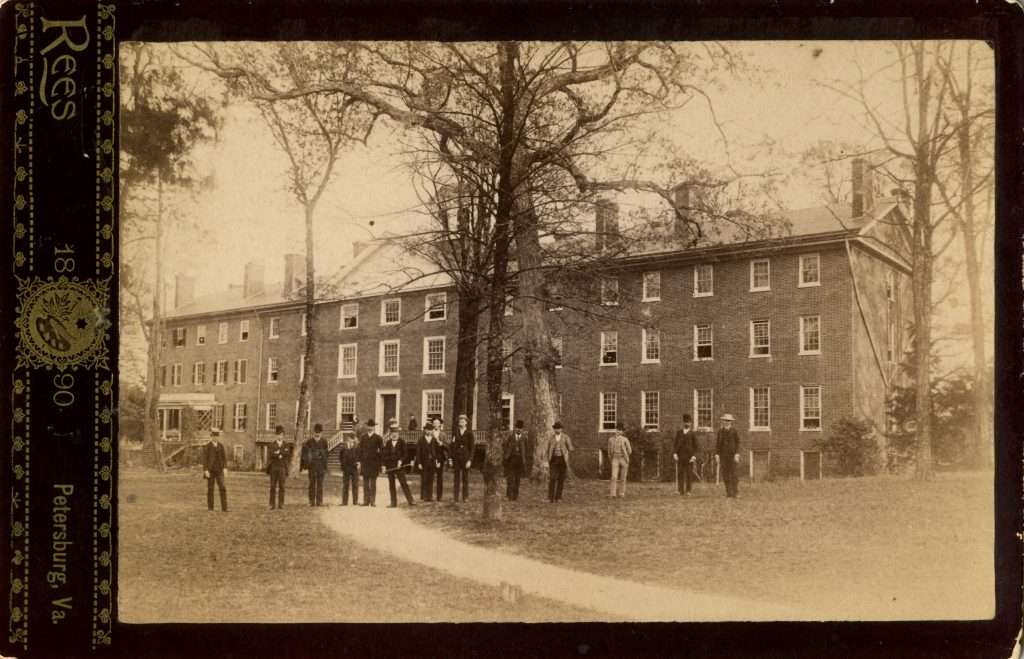 Nineteenth-century students pose in front of Venable Hall, an 1830 building on the campus of Hampden-Sydney College that was the original home of the Union Theological Seminary. The Presbyterian seminary was founded as a theological adjunct of the all-male college near Farmville. In 1898 the seminary moved to its current location in Richmond; in 2010 it was renamed Union Presbyterian Seminary. Venable Hall, which is listed on the National Register of Historic Places, now serves as a dormitory for Hampden-Sydney College.