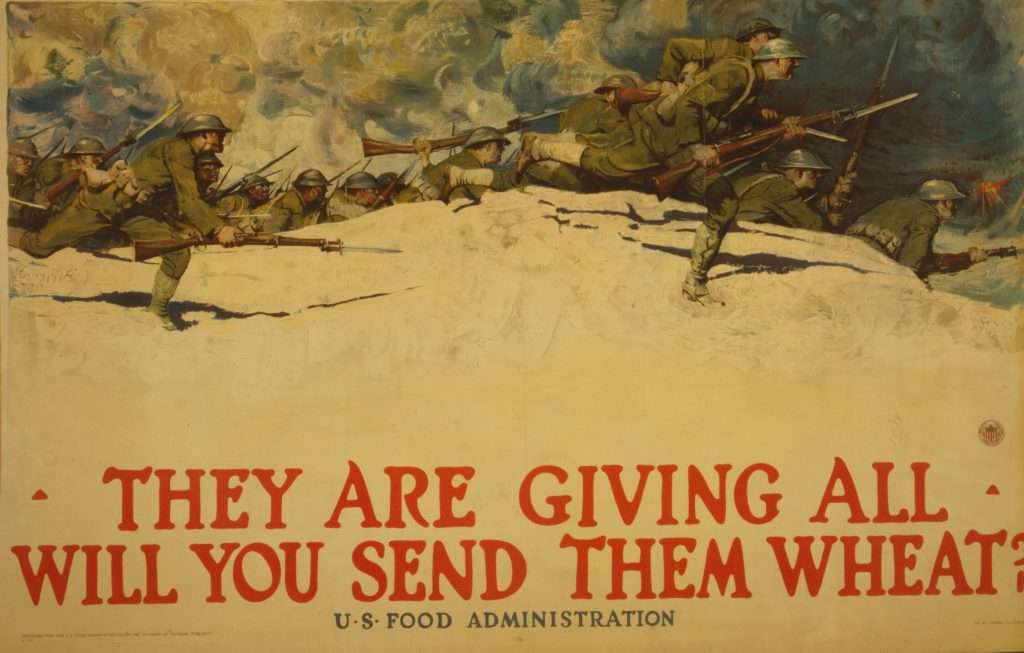 They Are Giving All – Will You Send Them Wheat?

American soldiers charge over a hill while being shelled by German forces and their allies during World War I. The title of the image ends with the question, "Will you send them wheat"? This was one of a series of posters produced by the United State Food Administration to encourage civilians to conserve food products—particularly wheat, which was needed to make bread—in order to feed the American troops.