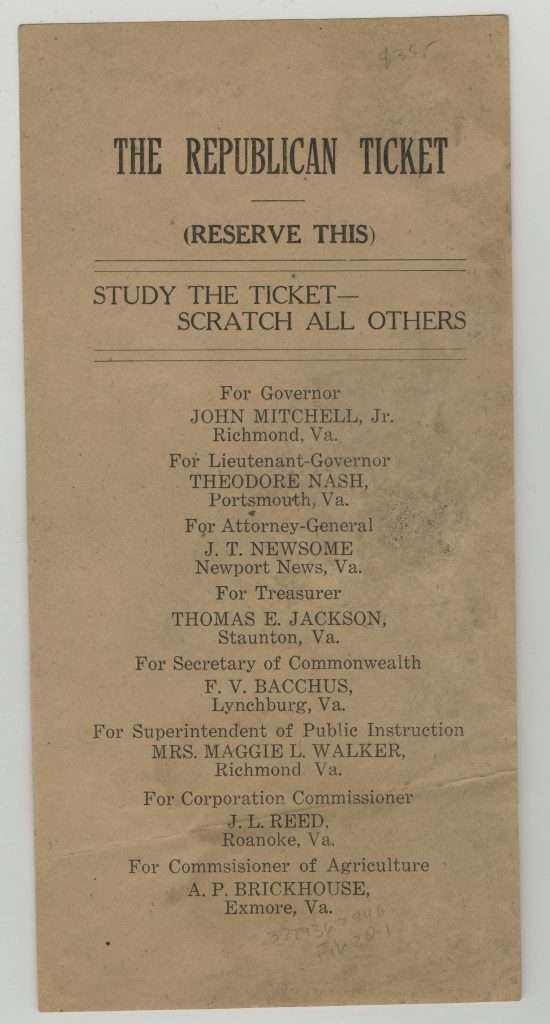 This flyer produced by an African American offshoot of the Virginia Republican Party lists an all-black slate of candidates for state offices in the election of 1921. Heading the ticket for governor was John Mitchell Jr., the influential African American newspaper editor. Another well-known candidate was Maggie L. Walker, the African American entrepreneur and civic leader, who was running for the office of Superintendent of Public Instruction.

This all-black ticket was drawn up in response to the "lily-white" official Republican ticket. Neither Republican roster won, and the Democrats swept the state elections that year.