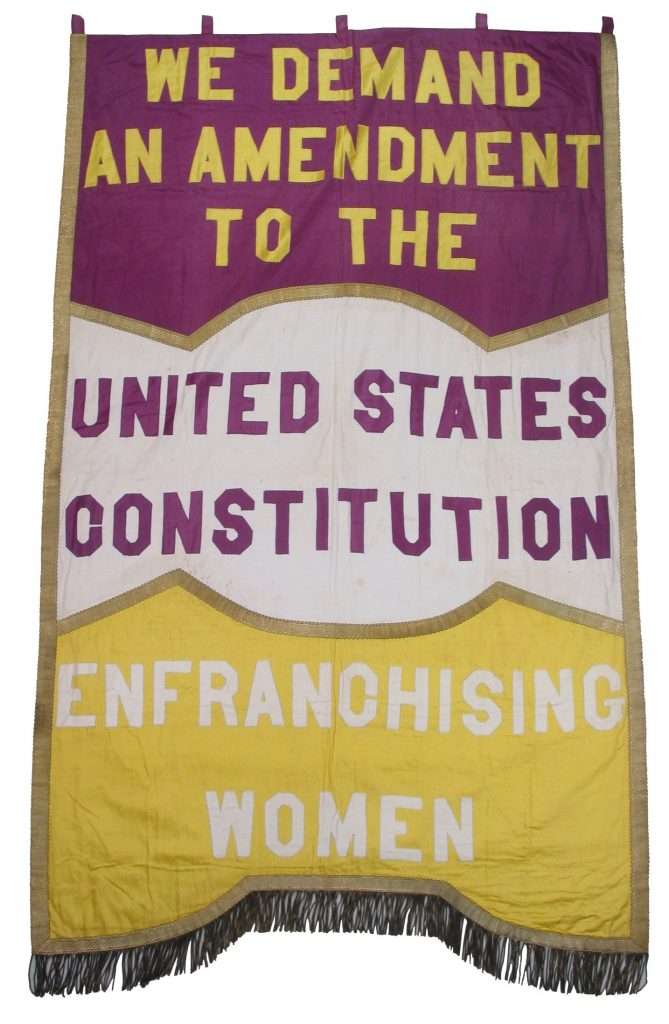 This Congressional Union Banner, which belonged to Richmond suffragist Sophie G. Meredith, advocates for a suffrage amendment to the U.S. Constitution to enfranchise women across the country. Meredith helped found the Equal Suffrage League of Virginia in 1909. However, by 1915 she came to believe that the best strategy to achieve suffrage was a federal amendment rather than a state amendment, so she helped organize the Virginia branch of the Congressional Union for Woman Suffrage (later known as the National Woman's Party) and ventured to the streets, along with several other members, to express her views.