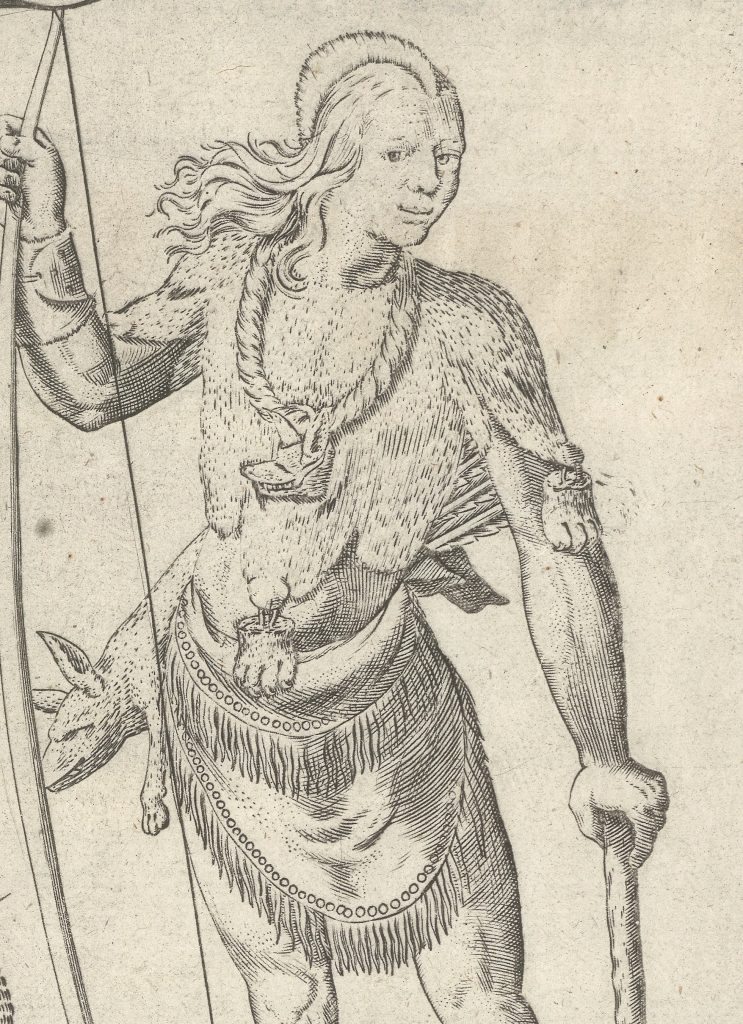 Detail of the Susquehannock Indian

This is a detail of the Susquehannock Indian seen at the top right of Captain John Smith's map of Virginia. Just above the Indian's left elbow is an animal claw that is attached to the pelt he wears over his shoulders and chest. If one looks closely to the right of the claw, one can see the slight outline, or the ghost image, of another claw. This faint imprint contains a clue about the creation of the engraved map and its subsequent slight iterations. Since all twelve versions of the map produced between 1612 and 1624 contain that anomaly, map scholars suspect that they can all be traced back to a proof state of the original copperplate.