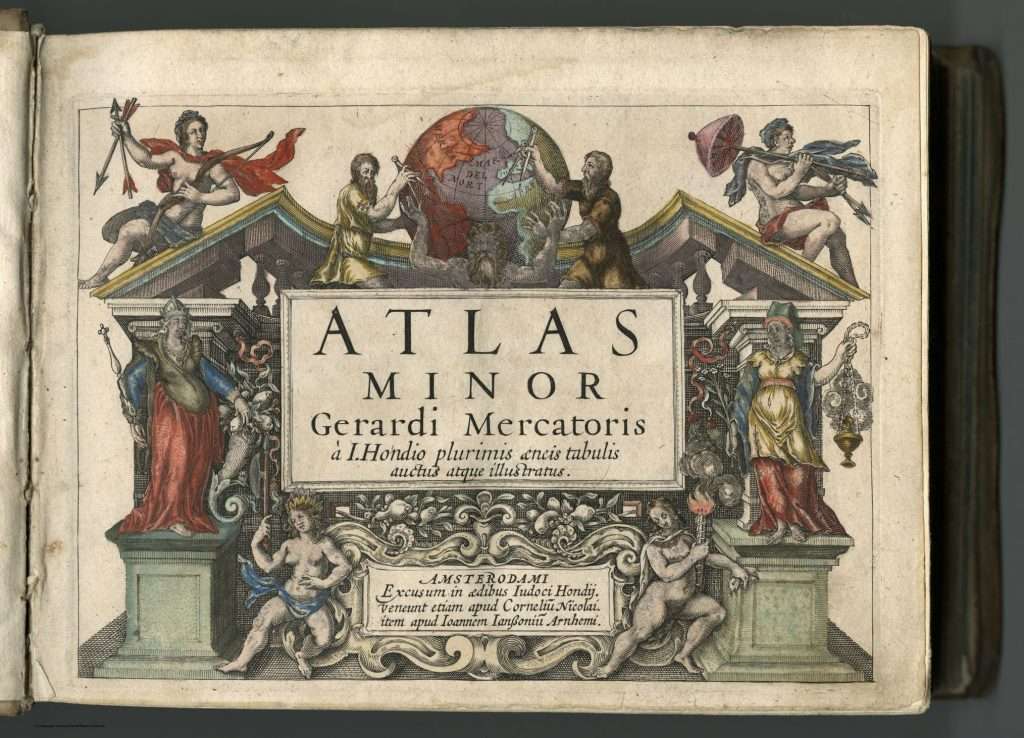 Two geographers, at top center, measure the globe in this illustrated title page from the 1607 edition of Atlas Minor Gerardi Mercatoris. Allegorical female figures representing the continents surround the title. Atlas Minor contained a compilation of maps by Gerardus Mercator, the most influential cartographer of the sixteenth century, that were reproduced in a reduced size. Mercator's original maps were in such big folio sizes that they were inaccessible to a large public audience. The smaller atlas was extremely successful and had a number of different editions over the years.