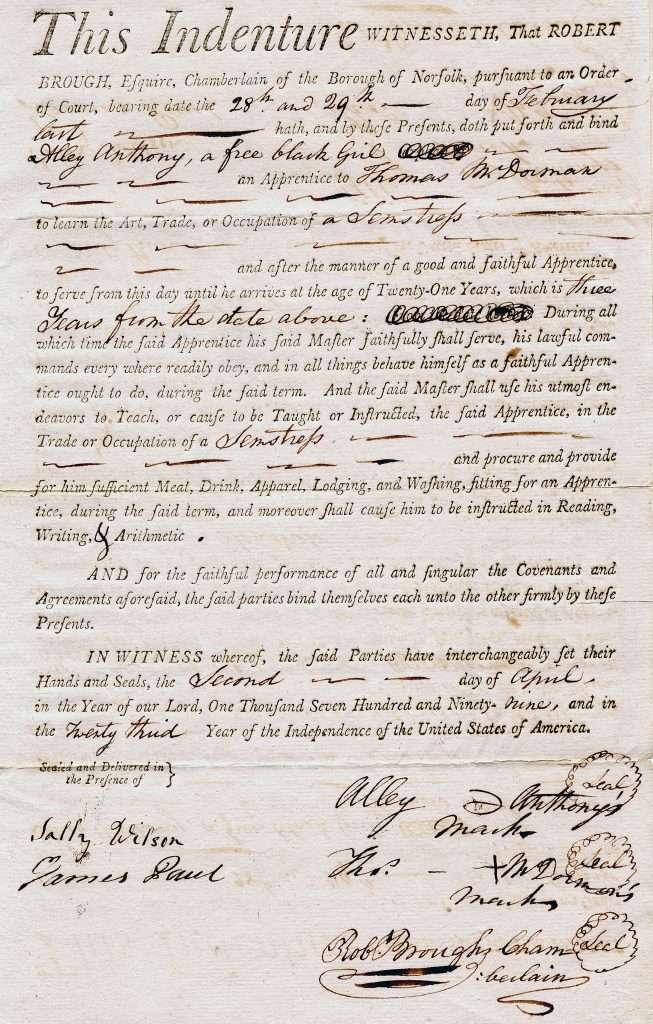 Indenture of a “Free Black Girl”

This apprenticeship indenture signed and sealed on April 2, 1799, concerns Alley Anthony, an eighteen-year-old free black girl from Norfolk. At the request of the court, the indenture was arranged by Robert Brough, the Chamberlain, or treasurer, of Norfolk, who was responsible for binding out orphans. In this instance, the eighteen-year-old was bound as an apprentice to Thomas McDorman for three years, until she reached the age of twenty-one. During the term of her indenture, Anthony was to faithfully serve her "Master" and obey his "lawful demands." In turn, McDorman promised to provide the young woman sufficient food, clothing and lodging, and to educate her in reading, writing, and arithmetic.