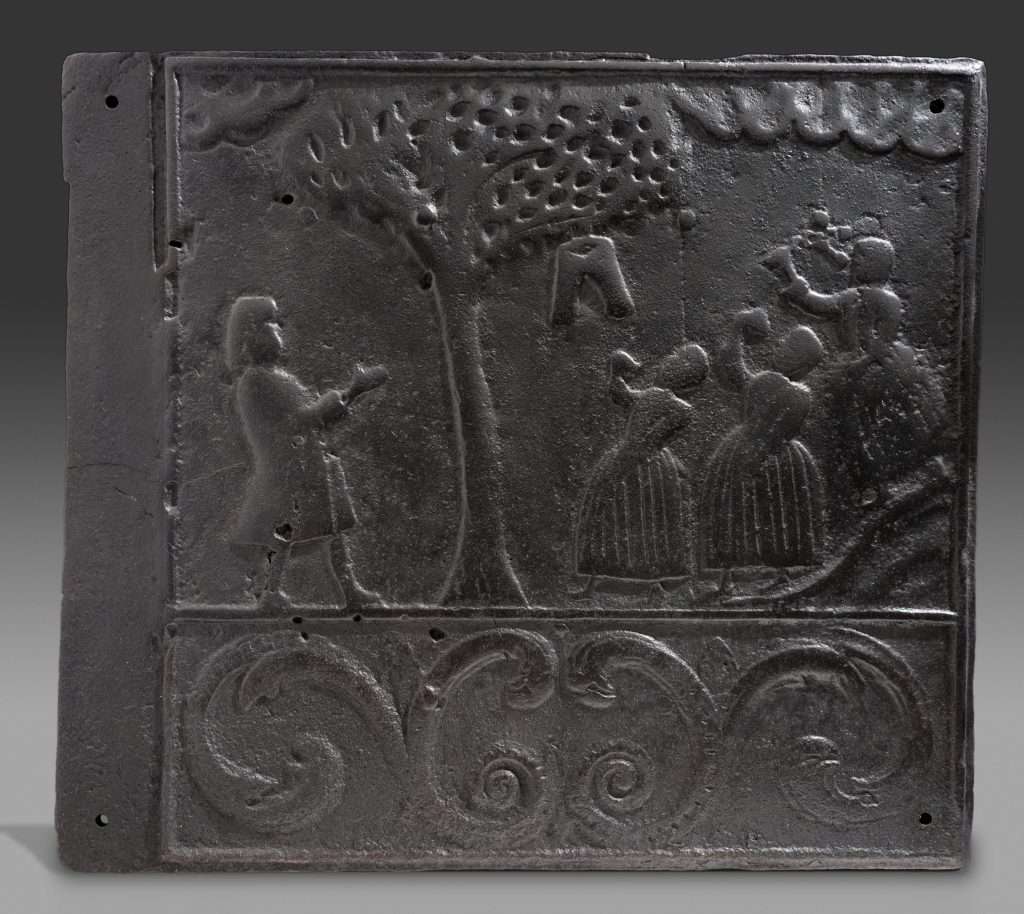 This cast iron stove plate, created at the Marlboro Furnace in Frederick County in or about 1768, features a low relief image that represents "a theme of marital relations," according to the curatorial staff at Colonial Williamsburg Foundation. The scene is described as follows:

European peasant folklore provides the imagery, wherein a pair of man's breeches symbolize domestic authority; the breeches are shown hanging in a tree and are, thereby, unavailable to the women below. At the right, three women ring handbells in an attempt to "call down" the breeches while, at the left, a man in a frock coat derisively applauds their efforts. This traditional interpretation of the imagery on the plate gains credence by the fact that 1768 was a leap year, an occasion when, according to ancient tradition, " . . . Women weare breetches, petticoats are deare."

This plate served as a side panel for a five-plate decorative stove, a type of stove brought to America by German emigrants in the seventeenth and eighteenth centuries, and subsequently manufactured here. The front plate on this stove depicts a bride and groom getting married; and this side panel visually represents the fact that in colonial-era marriages domestic authority was under the control of the husband—symbolized here as the breeches. The complete stove is often referred to as the "Marlboro wedding stove."