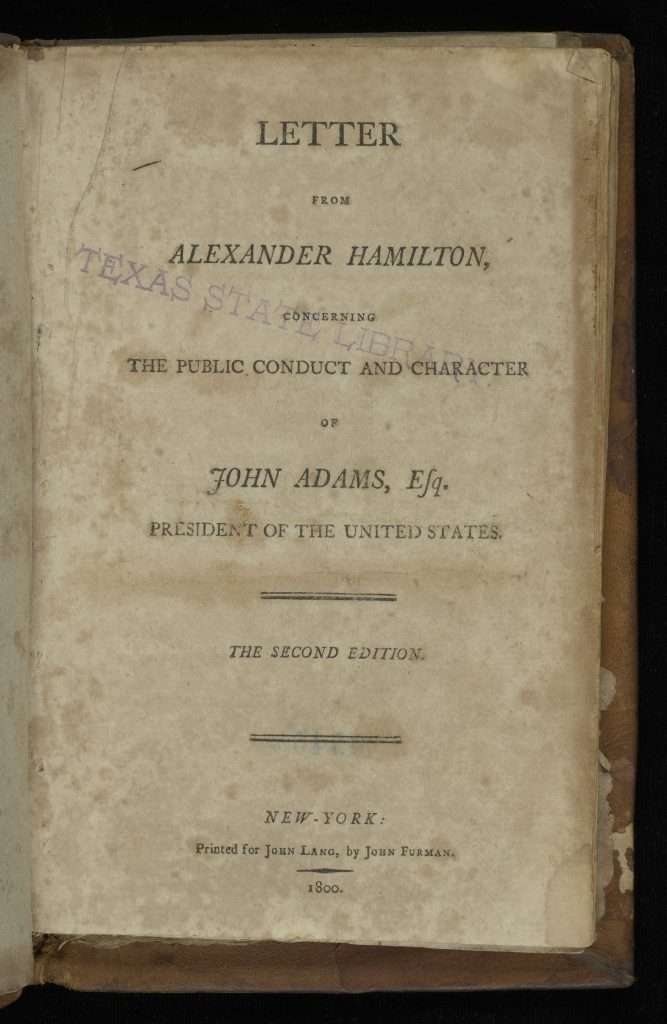 This political pamphlet written by Alexander Hamilton, the leader of the Federalist Party, viciously attacks the character and integrity of the sitting president of the Unites States, John Adams, who was a fellow Federalist. This pamphlet was published in the midst of the presidential campaign of 1800.