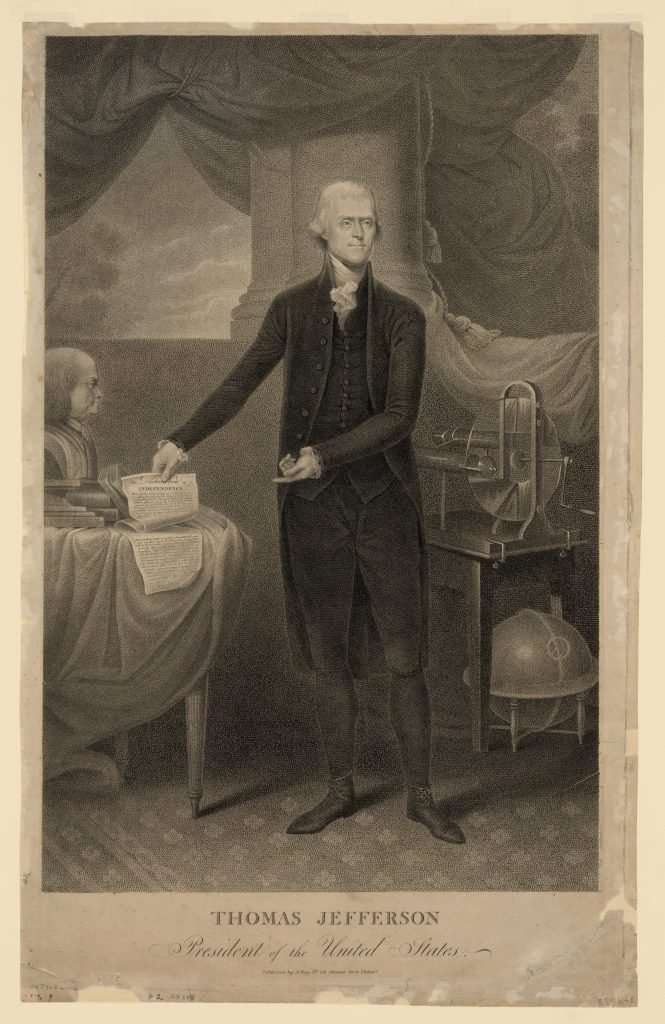 This engraving of Thomas Jefferson, published in Philadelphia on July 4, 1801, depicts the recently elected third president of the United States as an intellectual and a man of science. Jefferson, the principal author of the Declaration of Independence, points to a copy of the document on a table at left. A bust of Benjamin Franklin and a stack of books also sit on the table; on the right is a single-disc electrostatic generator—a type of electrical machine that Jefferson owned—and a globe that rests on the floor. Jefferson's figure is based on a oil portrait made by Rembrandt Peale the previous year.